What Authors really think about Self Publishing

They all think differently ... 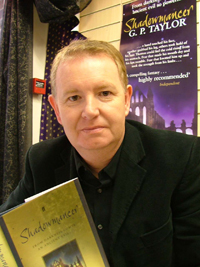 In fact, he made a speech about it, at the 20th anniversary of his publisher, Orion, at the Natural History Museum in London.

Rankin said that publishers were needed by authors to produce "well put together, well edited, displayed and marketed" stories to "fans of the written word in all its forms". He said: "Publishers need authors but authors really need publishers, especially as more content flood the market of varying quality."

G. P. Taylor (The Dopple Ganger Chronicles), who self-published successfully eight years ago, and was then picked up by a major house, thinks quite the opposite.  Indeed, he is considering going back to self-publishing, saying "With the number of authors out there, I'm just one of many midlist writers ... with self-publishing, it's a case of if it's good, people will buy it, and with the Internet you can get people to notice it."

Horror novelist David Moody agrees with that emphatically.  Though published by Thomas Dunne, he confided to The Guardian that he is "actually a little miffed" that he is not self-publishing.

"This new route to market is, in my opinion, becoming a viable alternative to the old submission and rejection merry-go-round."
Posted by World of the Written Word at 10:56 AM
Email ThisBlogThis!Share to TwitterShare to FacebookShare to Pinterest