Should there be a Maori section in NZ bookstores?

Are ethnic bookstore sections worth the trouble?

In US stores, do African-American sections help or hinder sales?

Could they be considered racist?

An interesting item in GalleyCat begs these questions, and more. 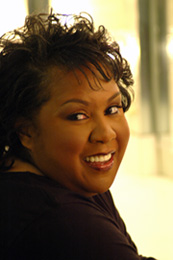 He asked: “What are your thoughts on bookstores shelving books in the African-American section instead of alongside other fiction works?”

Zane replied: “They sell better. That’s been documented. There’s no question about that. When someone goes into a bookstore and they’re looking for African-American books, they’re going to look for the African-American section. If they dig mystery books, they’re going to look at the mystery section. I’ve done my research and seen the figures; I’ve met with the owners and heads of bookstore chains. I used to sit in a Borders bookstore, bring my manuscript submissions with me to read, and for hours on the weekends I’d watch how people selected books, what caught their attention, what made some people look at books more, and what they actually took to the register.”

But should they place fiction by Maori authors there, or shelve them according to genre?

And what about novels with Maori protagonists (Wiki Coffin leaping to mind)?

The Wiki Coffin mystery novels were always shelved as mysteries.  Would they have done better in the Maori section?  It's a thought.

I'm also reminded of a time I called at a huge bookstore in Long Beach, California, on the search for books by and about Frederick Douglass.  I was sent (of course) to the African-American section, which turned out to be in a remote corner that was very ill-lit.  As I sorted through the shelves, I became aware that I had an audience.  When I turned, a group of young Black men were watching me.  We smiled, and nodded.  Then one of them spoke.

He said, "What does a person like you want to read books about people like us for?"

That was about ten years ago.  So it is very reassuring to learn from Zane that since then the situation has changed -- to the extent that having books in African-American sections helps sales.

Posted by World of the Written Word at 11:10 AM
Email ThisBlogThis!Share to TwitterShare to FacebookShare to Pinterest

Very interesting point when you consider some NZ writers do not want a separate NZ fiction section for fear it ghetto-ises their books. It would be good to know what impact a separate section has on sales here

I totally agree. Vanda Symon would be a good person to ask -- as far as I know, her books are shelved as mysteries, but it would be interesting to compare sales figures in stores that shelve them as NZ fiction.

Personally I'd be uncomfortable with a separate section. How do we define what is 'Maori' and what is 'non-Maori' and where do we put books that include both non-Maori and Maori protagonists by mixed-ethnicity authors? (and who is the 'we' doing the defining?) The Vanda Symon example is also instructive: where would you place a Maori writer who writes genre mystery novels set in the United States or UK?
Ethnic relations and norms in America are so very different from here. Interesting question!

Excellent point. It would be very strange to see Keri Hulme's work in the Maori section, instead of general literature. I'm sure that in overseas stores fiction by Maori or part-Maori authors is not shelved according to ethnicity, or even in a separate New Zealand section. As for who decides what is shelved where, I've always supposed it is an independent decision of the bookstore staff, and who knows what their reasoning might be?