A Gothic from Tess Gerritson 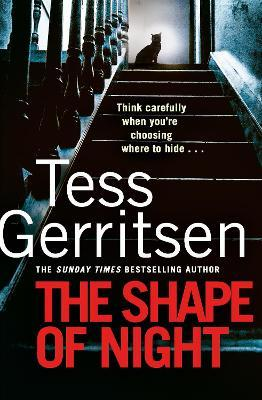 I picked up this book as I much prefer Dr. Gerritson's standalones, as they seem to have more thought and research behind them. So, as as maritime historian who is also a technical editor for maritime novels, I found it irritating that she had not researched the seafaring history of her home state, Maine.

Ship names do not have the word "the" in front of them, and if they do (editorial choice?) the preposition should not be in italics. The sentence describing a "Down Easter" as "a three-masted sailing ship, 250 feet long, 44 feet wide, [weighing] a little over two tons" is so ridiculous it is hilarious. Even if the "two tons" is a typo, the vessel being described is more likely to be a clipper.

Down Easters were in the California trade, clippers were more likely to be in the Oriental trade. And a crew of thirty-five? For a ship that size? Whaleships needed big crews for various technical reasons, but freighting sailing ships had very small crews, the owners being stingy. Captain "Shotgun" Murphy of Searsport, Maine, who commanded real Down Easters, would have a belly laugh at that.

But still, despite this serious caveat, I liked the book. There seems to be a fashion for emulating Daphne du Maurier (see Ruth Ware's The Death of Mrs. Westaway) which is no bad thing at all. The introduction of 50 Shades-type rubbishy B&D sex was a pity, as it is an entirely different genre, but on the whole this book as a shade of Rebecca wasn't bad at all.

It's no kind of mystery. Ava's dark secret was far too easy to guess, and wasn't all that terribly criminal, and the ending didn't reveal anything unexpected. But as a Gothic, yes, give it a go.

Posted by World of the Written Word at 11:45 AM No comments:
Email ThisBlogThis!Share to TwitterShare to FacebookShare to Pinterest
Newer Posts Older Posts Home
Subscribe to: Posts (Atom)