Island of the Lost, which contrasts the outcomes of two shipwrecks on Auckland Island in 1864, is proving very popular right now.  Indeed, it is a bestseller in the sea stories genre, particularly in America and Canada.  But still it was a surprise to be invited to talk on the Constant Wonder program, hosted by Marcus Smith on BYU radio.

And it proved to be a great pleasure, too.  Marcus is an affable, eloquent, and perceptive host, whose questions were remarkably thoughtful.

He was very interested in the relative sizes of the two castaway groups.  The party where all survived comprised only five -- the captain, Thomas Musgrave, the supercargo, Francois Raynal, and three seamen -- while the other party, where only three lived to tell the tale, originally numbered nineteen.  One would have thought that the small number of the Musgrave party would have had a harder time of it, with so much to do to keep them housed, warm, fed, and clothed.  Between them, they built a sturdy hut complete with furniture, formed hunting parties for food, cooked in a well-made hearth, kept the place clean, made soap, dug tanning pits for curing sealion leather, built a forge, burnt charcoal for fuel, and then built a getaway boat.  And in the evenings they taught each other their skills and languages, as well as reading the Bible.

The nineteen who struggled ashore from the other ship managed absolutely nothing like that.  Indeed, they had the advantage of finding an abandoned whaling settlement, complete with ruins of a house, and a garden.  But instead of trying to keep together as a functioning group, they went their own way ... and starved.  There may have been murders, and there was at least one instance of cannibalism.

So the greater number did not help.

Today, can we take any lessons from this contrast in leadership and unity?  Well, that is up to the reader to decide.

You can listen to me chatting with Marcus Smith here. 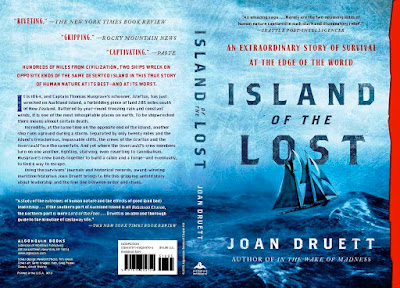 Posted by World of the Written Word at 10:36 AM No comments:
Email ThisBlogThis!Share to TwitterShare to FacebookShare to Pinterest

Castaway to be evicted from island paradise 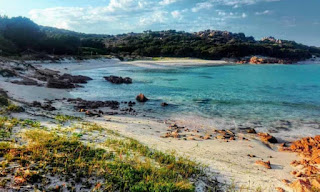 His name is Mauro Morandi, and he has been living on a little Italian island ever since his Pacific-bound catamaran came to grief there, in 1989.

Luckily for him, the island is not at all like Auckland Island, the sub-Antarctic epitome of bleakness where the castaways of the Grafton and the Invercauld suffered awful privations in 1864.

Instead, it was so wonderful that he opted to stay of his own free will, looking after the wildlife, clearing walking tracks, and giving visitors guided tours of his little paradise.

Now, unfortunately, he is about to be evicted, despite the efforts of a New Zealand businessman to help him out in his quandary.

As The Guardian reports,  Morandi, “Italy’s Robinson Crusoe”, who was originally from the Emilia-Romagna city of Modena, stumbled across Budelli, an island off Sardinia famous for its pink-sanded beach, in 1989 after his catamaran broke down on the way to the South Pacific. In a fortuitous twist of fate, he discovered that the island’s caretaker was about to retire, and so he abandoned the sailing trip, sold his boat and took over the role.

Since then, Morandi, whose home is a former second world war shelter overlooking a bay, has got to know every rock, tree and animal species of the rugged islet.


Now he faces being turfed out by the end of the year as authorities move ahead with plans to turn the island into what is described as an environmental observatory.
“I’m so used to living in the middle of nature,” he told the Guardian by phone. “What would I do back in Modena? Play cards and go to bars like other people in their 80s? Give over!”
He added: “The thought of going back to live in a society that treats nature badly is very distressing. Nature needs to be loved and respected.”
For years Morandi has guarded the island, part of the Maddalena archipelago, trouble-free, clearing its paths, keeping its beaches pristine and teaching summer day-trippers about its ecosystem.
But his role came under threat when the private company that owned the island went bankrupt. Plans to sell it in 2013 to Malcolm Harte, a businessman from New Zealand who pledged to keep Morandi on as caretaker, were thwarted amid protests and an intervention by the Italian government, with a Sardinian judge ruling in 2016 that the island be put back into public hands.
Budelli is now managed by La Maddalena national park authorities, who now plan to reclaim Morandi’s home and evict him by the end of the year.
Morandi is yet to be officially informed, so it must have been a horrible shock when the journalist from the Guardian phoned with the terrible news.
“I don’t have a home anywhere else,” he said. “I understand that they need to do works on the island and that I wouldn’t be able to stay while this is happening, but I would like to know if I could return afterwards and be the island’s guard.”
When the first hints of his eviction first emerged in 2017, a petition to keep him on the island was signed by thousands of people.
According to reports in the local press on Tuesday, the expulsion now looks inevitable. Authorities claim alterations were made to Morandi’s home over the years without permission.

The last time Morandi left Budelli was in 2018, to visit his children in Modena. Food is delivered to him by boat from the main island of Maddalena, and a homemade solar system powers his lights, fridge and internet connection.
During winter, when there are no visitors, he spends his days collecting firewood, reading and sleeping.
But having eschewed modern life for many years, he now factors Instagram in to his daily routine.
“I spend a lot of time on Instagram,” said Morandi, whose account has more than 50,000 followers. “I have to improve the photos, upload them and reply to comments.”
Morandi said he hasn’t suffered from a cold in all the time he has lived on Budelli. Although he worries about the coronavirus pandemic in Italy, especially as his family live in one of the worst-affected regions, self-isolation has obviously not been a problem.
“But I notice now that people are losing the fear and going back to behaving in the same way as before, because human beings quickly forget,” he said.

Posted by World of the Written Word at 9:50 AM No comments:
Email ThisBlogThis!Share to TwitterShare to FacebookShare to Pinterest

Posted by World of the Written Word at 9:38 AM No comments:
Email ThisBlogThis!Share to TwitterShare to FacebookShare to Pinterest 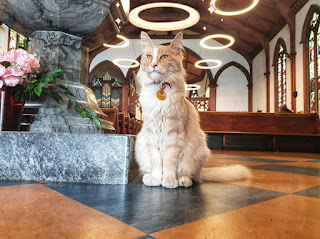 Dear, dear me.  A controversial TV host has called our iconic cat UGLY.


Newshub reports that Mark Richardson, a jovial and entertaining sports commentator, made the slanderous comment when he visited the Mittens exhibit at the Wellington Museum.

As thousands of followers know, Mittens the Turkish angora cat has long been a symbol of Wellington city, where he wanders freely, visiting churches, strip clubs, bars, offices, theatres, universities, and people's apartments.  He's been given the keys to the city, and now he even has his own art exhibition documenting his various exploits.

So it was a bit of a shock when Richardson visited the exhibit, and gave his honest (?) opinion that Mittens is a "particularly ugly cat."

Well, that's a fine way to bring on the wrath of an entire capital city.

His co-commentators were shocked.  The AM Show reporter Ashleigh McCaull was quick to rebut the claim, saying it was time the show did a poll for people to vote on who was cuter - Mittens or Mark Richardson.

You can vote on the Newshub website if you feel the urge.

Suffice it to say that 92% of the current responders think that Mittens is a lot cuter than Mark Richardson.

"Surely this requires heads to roll!" wrote one person while another defended Mitten's, saying he was "fierce and regal".
"Where is Mark Richardson's art exhibit? Does he have a fandom Facebook page? Seriously, the cheek of him!" wrote another commenter.


Posted by World of the Written Word at 11:03 AM 2 comments:
Email ThisBlogThis!Share to TwitterShare to FacebookShare to Pinterest
Newer Posts Older Posts Home
Subscribe to: Posts (Atom)