The truth, the absolute truth 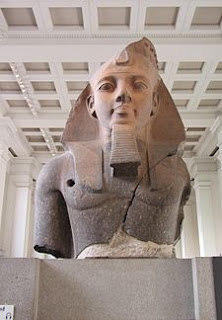 “What I’ve always believed is that humanity has the capacity to be kinder, more just, more fair, more rational, more reasonable, more tolerant. It is not inevitable. History does not move in a straight line. But if you have enough people of goodwill who are willing to work on behalf of those values, then things can get better.”

-- Barak Obama, a thought inspired by Genghis Khan and Ozymandias, and the lessons of history

Posted by World of the Written Word at 11:02 AM No comments:
Email ThisBlogThis!Share to TwitterShare to FacebookShare to Pinterest 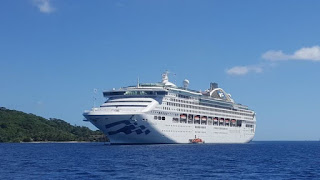 A 24-year-old sailor who showed "incredible bravery" saving three men from drowning has become the youngest recipient of the Merchant Navy Medal.

I remember the incident well, as I was lucky enough to be on board for the 2019 World Cruise.

It was exciting, really.  The captain announced that the ship was reversing her course in response to a distress call from a sinking ship.  And off we raced into the gathering night.  By the time we arrived it was pitch dark, and the light of the rescue boat as it plunged down to the bumpy waves and then up and down on its way to the invisibly sinking ship seemed very small and lonely.  The whole complement on board, I swear, was hanging onto the nearest rail, gazing raptly.  First, we saw the distant, tiny light of the lifeboat carrying the survivors of the foundered craft, and then the nail-biting slowness with which the light of the rescue boat approached.

The two lights merged.  There was a sense of unseen activity, and then the rescue boat was plunging back to the ship.  She arrived, and everyone cheered.  Never had a rescue crew and their saved men received such a welcome, I am sure.

And here is what the BBC had to say about the sailor from Devon who commanded the rescue:

Max Bingle, from Paignton, received the award after navigating rough seas in the Caribbean to help a sinking boat.

He and two colleagues from a Princess Cruises ship carried out the rescue mission in July 2019.

Mr Bingle said saving sailors in distress was part of what he was "trained to do".

After receiving a coastguard distress call, third officer Mr Bingle lowered a fast rescue boat and sailed with his crewmates to reach the three men on the sinking boat.

He took the trio back to the ship he was working on, Sea Princess, where they were given medical care.

Mr Bingle said the commendation had come "completely out of the blue".

"Everybody on board acted in the highest maritime tradition by going to the aid of fellow sailors in peril on the sea," he said.

"Saving lives is what we are trained to do as seafarers, and I'm grateful for this recognition."

Another recipient of the medal is Fazilette Khan. Her Green Seas Trust charity works to place nautical-themed recycling bins in coastal towns.

Maritime minister Robert Courts said all the recipients of the award had "gone beyond the call of duty" in service to both their industry and the UK.

He said: "It's a special honour to award the medal to Max, its youngest ever recipient.

"He showed incredible bravery in saving three fellow sailors from drowning in rough seas, and this award is a recognition of his incredible selflessness that night."

Posted by World of the Written Word at 10:33 AM No comments:
Email ThisBlogThis!Share to TwitterShare to FacebookShare to Pinterest
Newer Posts Older Posts Home
Subscribe to: Posts (Atom)