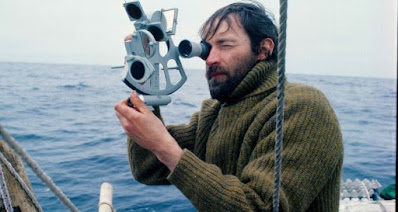 I was saddened to learn that Tim Severin, a truly remarkable man who was a living inspiration, passed away last month.

The Irish Times has a feature on his life, focused (of course) on his first big hit, The Brendan Voyage.

Tim was born in Assam, India, the son of an English tea planter -- that planter being an employee, not the owner of the plantation, as his son was always anxious to point out.  As was usual in those days, Tim was sent to boarding school in England at the age of seven.  One cannot help but wonder how his mother felt to wave goodbye to such a small boy, but it is easy to imagine how tough it must have been for the boy himself, English boarding schools being notorious.  Was he bullied?  Probably.  There would have been an emphasis on toughness and survival instincts, which would have served him very well in the strange adventures ahead.

His first was as an undergraduate of an Oxford college, when he followed in the wake of Marco Polo -- on a motorbike.  The next was to follow in the wake of the Spanish Conquistadors, down the Mississippi, this time in a boat.

His big inspiration evolved in 1976, when he decided to try and prove that St. Brendan could have sailed from Ireland to Newfoundland in a leather boat.  As always, his research was intense -- he intended to recreate the voyage as exactly as possible.  So off he and a small crew sailed, bailing madly all the way.  And on June 26, 1977, they made port in Newfoundland, proving that St. Brendan could have definitely done it, 900 years before Columbus.

The books that gripped my imagination were The Sindbad Voyage and The Spice Islands Voyage, which can read with Alan Villiers' Sons of Sinbad, as a perfect entry into the craft and seamanship of the Far East.  Ever since, I have been photographing prahu and pinisi (and writing about them, too, in Eleanor's Odyssey and the Wiki Coffin mystery stories), and Ron painted and drew them. 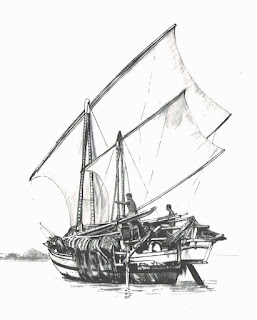 The books poured out of Tim Severin -- more tracings of ancient voyages, novels about Vikings.  I remember him for his kindness, his helpfulness, and generosity to someone faraway who was seeking answers to the same sort of questions.  His eyes were those of a navigator or a mountaineer, always seeking a new horizon.  He will be greatly missed.

Posted by World of the Written Word at 9:45 AM 1 comment:
Email ThisBlogThis!Share to TwitterShare to FacebookShare to Pinterest 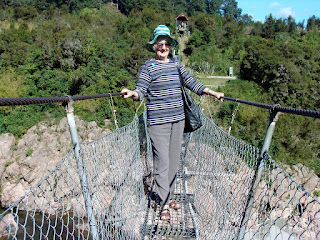 Having just come back from 8 days in the South Island of New Zealand-Aotearoa, I thought about blogging ...
Normally, I have lots to say about what I have seen and experienced, but is that suitable any more?
News about Covid dominate the world, so that carefree jaunts seem both irrelevant and inappropriate.
It is worth noting, however, that people are turning to books more than ever, and books about leadership failures and successes have more personal impact.
I guess that is why I came back to find that a host of reviews of my book about castaways, desolate islands, and leadership, ISLAND OF THE LOST had materialized while I was away.
And here is a little sampling.

Ali
5.0 out of 5 stars Survival sub-antarctic style
Reviewed in Canada on January 1, 2021
Verified Purchase
I didn't buy this book expecting to learn anything more than about shipwrecks and survival, but there are so many other intriguing pieces to it, like the sub-antarctic sealing industry, that there is no question that I will be expanding my reading to learn more about this time period.
The book's synopsis is a bit misleading; yes, there were two shipwrecks on the island that overlapped much of the same time period, but the focus is on the wreck of the Grafton and its small crew. There are also very serious environmental and seasonal factors (timing) that contributed to the shipwrecks survivors; differences in leadership played a part of how well each group succeeded, but was not the only defining factor in my opinion. As well, and something that the pulled the book together for me, each wreck had at least one individual who had a level of resourcefulness that contributed greatly to each groups survival. The forge building or the coracle building as examples!
The author's ability to meld two separate incidents and her writing style that is highly engaging and to the point, made for a relatively quick read and I look forward to reading more of her work on naval history.Highly recommend this book if this topic or region of the world is of interest. However, would caution that there is a great deal of emphasis on killing seals, especially pups, as a main food source and this may be a big turn off to some readers. As the author notes in the afterword, one group of survivors were mentally prepared to kill seals. This was the one area of the book that I was not mentally prepared for myself!

From the United States