THE EPIC SIGNING OF THE MAGNA CARTA 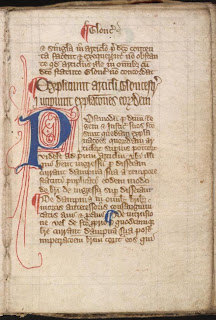 From this historic document:


(38) In future no official shall place a man on trial upon his own
unsupported statement, without producing credible witnesses to the truth of it.

+ (39) No free man shall be seized or imprisoned, or stripped of his rights or possessions, or outlawed or exiled, or deprived of his standing in any other way, nor will we proceed with force against him, or send others to do so, except by the lawful judgement of his equals or by the law of the land.

The Magna Carta is often thought of as the corner-stone of liberty and the chief defence against arbitrary and unjust rule in England. In fact it contains few sweeping statements of principle, but is a series of concessions wrung from the unwilling King John by his rebellious barons in 1215.  However, the landmark "Magna Carta" established for the first time a very significant constitutional principle: that the power of the king could be limited by a written grant.


King John's unsuccessful attempts to defend his dominions in Normandy and much of western France led to oppressive demands on his subjects. Taxes were extortionate; reprisals against defaulters were ruthless, and John's administration of justice was considered capricious. In January 1215 a group of barons demanded a charter of liberties as a safeguard against the King's arbitrary behaviour. The barons took up arms against John and captured London in May 1215.

By 10 June both parties met and held negotiations at Runnymede, a meadow by the River Thames. The concessions made by King John were outlined in a document known as the 'Articles of the Barons', to which the King's great seal was attached, and on 19 June the barons renewed their oaths of allegiance to the King. Meanwhile the royal chancery produced a formal royal grant, based on the agreements reached at Runnymede, which became known as Magna Carta (Latin for 'the Great Charter').

With thanks to Don Gilling.
Posted by World of the Written Word at 9:32 AM
Email ThisBlogThis!Share to TwitterShare to FacebookShare to Pinterest

sooo how long ago did u publish this?

On June 15, 2011. Since then, it has received many thousands of hits. Are all of America's children studying the Great Charter?