There goes a large slice of film history 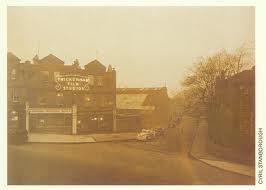 Twickenham Film Studios, recently used for "The Iron Lady" and "My Week with Marilyn," has gone into administration.

The renowned studio, which was due to celebrate its centenary next year, will be wound down between now and June.

Gerald Krasner, who is handling the administration, said the the business had lost money over the past three years.

"I doubt it will be retained as a film studio," he said.

Half of the 17 employees have already left.

The remainder are working their notice, Mr Krasner added.

"We are selling it on," he told the BBC News website. "Everyone will then be paid in full."

Classic movies shot at Twickenham, which opened in 1913, include include Sherlock Holmes film "The Missing Rembrandt," made in the 1930s, and the Beatles films "Help" and "A Hard Day's Night."

Roman Polanski's "Repulsion," "Alfie," starring Michael Caine and "Saturday Night and Sunday Morning" also made use of its facilities.

More recently "War Horse" and "Horrid Henry: The Movie" were made there, while director Phyllida Lloyd completed post-production on "The Iron Lady" at the historic studios.

Sad, sad news indeed.  Read the full story.
Posted by World of the Written Word at 9:13 AM
Email ThisBlogThis!Share to TwitterShare to FacebookShare to Pinterest