An exciting mix of old and new names

Emerging authors and illustrators have made every category of the New Zealand Post Children's Book Awards this year, alongside their better known counterparts.

Announcing the finalists today, convenor of judges Gillian Candler said the judges were excited by the emerging new talent.

"We're looking for great quality books that will grab children and make them want to read and the judging panel unanimously agree each of this year's finalists do exactly that," Candler said.

For the first time this year, a young adult graphic novel - Shaolin Burning by Ant Sang - is a finalist in the picture book category which is generally dominated by books for the very young.

The judging criteria mean that illustrated books are judged in either the picture book or non-fiction categories.

Finalists were selected from more than 130 children's books published in New Zealand in 2011 and submitted for the awards.

Winners will be announced on May 16.

As well as winners in each category, the judges will decide which author wins the New Zealand Post Children's Book of the Year prize.

School age children also get to their say, with voting for the children's choice award starting today.

Non-fiction:
Digging Up The Past: Archaeology For The Young & Curious by David Veart
Kimble Bent: Malcontent by Chris Grosz
The Life Cycle of the Tuatara by Betty Brownlie
New Zealand Hall of Fame: 50 Remarkable Kiwis by Maria Gill and illustrated by Bruce Potter
Nice Day for a War: Adventures of a Kiwi Soldier in World War l by Chris Slane and illustrated by Matt Elliott 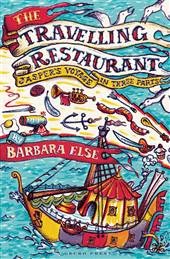 Junior Fiction:
The Flytrap Snaps by Johanna Knox and illustrated by Sabrina Malcolm
Just Jack by Adele Broadbent
The Loblolly Boy & the Sorcerer by James Norcliffe
Super Finn by Leonie Agnew
The Travelling Restaurant by Barbara Else

Young Adult Fiction:
The Bridge by Jane Higgins
Calling the Gods by Jack Lasenby
Dirt Bomb by Fleur Beale
Sacrifice by Joanna Orwin
Yes by Deborah Burnside
Posted by World of the Written Word at 10:01 AM
Email ThisBlogThis!Share to TwitterShare to FacebookShare to Pinterest