The insensitivity of bankers 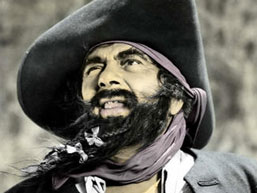 Or maybe they enjoy laughing at themselves, judging by this Aussie news item

Two hundred of the Commonwealth Bank's best bankers will be treated to a pirate fancy dress party at a lavish do in the Victorian seaside town of Lorne.

News Ltd reports the CBA staff have been told to come dressed as a pirate, wench, rascal, scoundrel or villain, with those refusing to join in the fun ordered to walk the plank.

The bank says it isn't paying for the party on March 5, adding that third party suppliers are picking up the tab.

News of the big party comes just days after the bank raised interest rates on its customers despite the Reserve Bank holding the cash rate steady.

Last week ANZ came under fire for its decision to send its top performers on a luxury cruise to Malaysia's Langkawi islands.
Posted by World of the Written Word at 10:36 AM
Email ThisBlogThis!Share to TwitterShare to FacebookShare to Pinterest