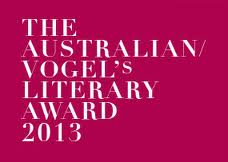 Congratulations to Paul D Carter
His manuscript, Eleven Seasons, is the winner of the 2012 Australian/Vogel's Literary Award.
Paul was awarded a cheque from Vogel's for $20,000.

He was told in September that he had won and has since worked secretively with his publisher, Allen & Unwin, to ensure the book was ready for the shops today.

It is a very Melbourne book with Aussie rules playing a crucial role in the life of Jason Dalton, a boy from a broken home in the mid-1980s.

The Australian/Vogel's Literary Award is the richest and most prestigious prize in Australia for an unpublished manuscript by a writer under the age of 35.

Read more in the Brisbane Times:
Posted by World of the Written Word at 2:27 PM
Email ThisBlogThis!Share to TwitterShare to FacebookShare to Pinterest