Feuding in the academic trenches

AN Wilson, broadcaster and historian, has engaged in a public feud with a Third Reich expert who accused him of “repellent arrogance” for publishing a biography of Adolf Hitler.

From Anita Singh, in the Telegraph 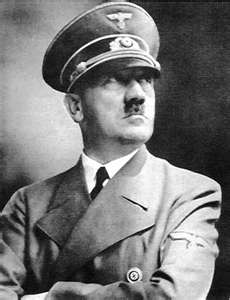 Richard J Evans, Regius Professor of Modern History at Cambridge University and author of several books about Hitler’s Germany, said the book was littered with factual errors and “absolutely valueless”.


Publication of the review prompted an increasingly bitter war of words between the pair which culminated in Wilson telling Prof Evans: “The war is over. Hitler is dead. Get a life.”
The spat played out in the pages of the New Statesman, where Prof Evans’s review of Hitler: A Short Biography appeared on March 12.
His verdict on the 208-page book, published by HarperCollins, was withering.
“It’s hard to think why a publishing house that once had a respected history list agreed to produce this travesty of a biography,” Prof Evans wrote, claiming that Wilson used only English-language sources because he could not read German.
He hit back with two letters to the New Statesman.

In the first, he accused Prof Evans of writing a “spiteful review”, claimed a knowledge of German and said the examples singled out by the critic were”not, stricly speaking, errors”.

Later, having had a rethink, Wilson conceded that the book contained “a few howlers” but defended his work.

“I made a few howlers which have already been corrected in the reprint," he wrote.

"Thanks, Evans, for pointing these errors out, though they were all minor.

“I am writing this from Roxburghshire, where I am staying with some delightful friends and the sun is shining and pied wagtails are dancing over the lawn.

"All is joy. The war is over. Hitler is dead. Get a life, poor Evans. There is no need to be so cross.”

But Wilson did not have the last word. Prof Evans responded in this week’s edition of the magazine, saying: “I am cross with him not because I think only specialists should write about Hitler ... but because he has simply ignored 99.9 per cent of the work on the subject done by historians, and as a result has written a book that is absolutely valueless as well as full of errors, many of them not minor at all.”

The spat brings back memories of another run-in between Wilson and a rival. In 2002, he reviewed Bevis Hillier’s biography of John Betjeman and called it “a hopeless mishmash”.

It turned out to be a hoax concocted by Hillier, and the first letter of each sentence spelled out “AN Wilson is a s---”.

I love it!  It's also a good reason not to respond to unfavorable reviews.
Posted by World of the Written Word at 8:45 AM
Email ThisBlogThis!Share to TwitterShare to FacebookShare to Pinterest