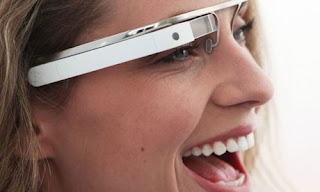 A new way to see the world

Project Glass, from Google's secretive Google X lab, has posted a video preview of its bleeding edge goggles.
The technology allows the wearer to walk around speaking commands to the glasses to do such things as take photos and post them to other users, get directions, or pop-up alerts when a friend is close. But senior editor at the website Cnet, Bridget Carey, says the development also raises serious questions about privacy:

“Google’s video talked about all the cool things you could do in your daily life to communicate with friends, but what it didn’t talk about is how companies would love to get on this and send advertisements as you are walking by the store, perhaps get some pop-up coupons. What if you’re shopping and you’re looking at a jacket? The camera can recognize the product you’re looking at and tell you the jacket is on sale.”

Some European regulators have raised doubts about the legality of Google’s new privacy policy under EU law but the company insists it is lawful.

Is this rather frightening new technology even safe?  Because Google places data in the wearer’s line of sight, concerns have also been raised about safety issues while driving or walking. In Wellington, the council has stalled on placing real-time bus timetables on busy pedestrian streets downtown, for that exact same reason -- that distracted pedestrians might step out in front of cars.

More importantly still, if the robots at Google can see what the viewer is seeing (such as that jacket), how about the security of data?  It's bad enough to envisage them counting what TV programs you watch, but what if you are going through banking records, for instance?  The expectation, most probably, is that people would be sensible enough to take them off when reading what is supposed to be secret, but people are not all that reliable.  As a commentary in Forbes points out, the age of the saboteur and the malicious peeping tom is nigh.
Posted by World of the Written Word at 7:52 AM
Email ThisBlogThis!Share to TwitterShare to FacebookShare to Pinterest