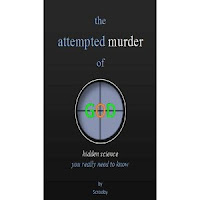 An author who tried to sue a father of three from the West Midlands over comments made in a series of unfavourable reviews on Amazon is facing a six figure legal bill after a judge struck out his case.


Chris McGrath, an online entrepreneur from Milton Keynes, tried to sue Vaughan Jones, 28, from Nuneaton, over a series of reviews and postings he made on the Amazon website about his self-published and little-known book “The Attempted Murder of God”.

Amazon, the prominent evolutionary biologist Richard Dawkins and his eponymous foundation were also named as defendants because they either carried the review or discussion threads linked to it that Mr McGrath claimed were libellous.

The four defendants applied to have the case thrown out with proceedings coming to the High Court late last year. The judgement has now been made available to the public. In it Judge Maloney dismissed the case against Amazon, Richard Dawkins and his foundation whilst throwing out the vast majority of the case against Mr Jones. Mr McGrath will now face legal bills of around £100,000.

The judge also questioned whether Mr McGrath, a married father of two, might have trouble convincing a jury that he had been wronged because of his own online behaviour. During proceedings it emerged that the author had used a number of online pseudonyms to review his self-published book and come to his defence once people began to criticise his work.

Mr McGrath’s book – which he described as a satirical parody of the often fractious debate between science and religion – was initially published anonymously under the pen name “Scrooby”. It came to the attention of Mr Jones in September 2010 when multiple links to Mr McGrath’s work began appearing under reviews for “The Grand Design”, a popular science book by Stephen Hawking and Leonard Mlodinow which argued that God is not necessary to explain the origins of the universe.

Mr Jones wrote a series of uncomplimentary reviews of “The Attempted Murder of God” and, after doing online research, outed Mr McGrath as the author. He also named Mr McGrath’s two children, something Judge Maloney described as “nasty”. Increasingly hostile replies went back and forth between Mr Jones, Mr McGrath and Mr McGrath’s online pseudonyms – the content of which became subject to libel proceedings.

Libel reform campaigners, who have expressed concern that Britain’s defamation laws disproportionately favour claimants, said last night that the case should not have got to the preliminary hearing stage.

Michael Harris, from Index on Censorship, said: “We want the government to ensure that libel actions cannot proceed unless the harm caused is both “serious” and “substantial”. We’re concerned that it cost Amazon £77,000 to have this case struck out by a judge, an amount of money that most ordinary libel defendants simply cannot afford. Change to our archaic libel laws cannot come soon enough.”

Read the rest of the story at The Independent.

Posted by World of the Written Word at 7:43 PM
Email ThisBlogThis!Share to TwitterShare to FacebookShare to Pinterest