Newly released letters by writer Ernest Hemingway have shed light on his distress over the death of his cat. 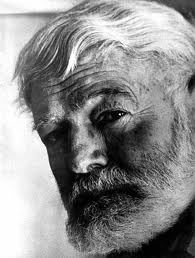 (BBC)  The celebrated author was forced to put down Uncle Willie after he suffered two broken legs in a road accident.

"Have had to shoot people but never anyone I knew and loved for eleven years," Hemingway wrote to a friend in the 1950s.

The set of 15 letters will be displayed to the public at the JF Kennedy Library in the US.

Hemingway's correspondence over several years was with Gianfranco Ivancich, a younger Italian man with whom he struck up a friendship in Venice in 1949.

The Nobel Prize winner, who wrote with colorful relish about bull-fighting, and whose works include The Old Man and The Sea and For Whom The Bell Tolls, also wrote of tourists visiting his villa in Cuba on the same day he was forced to end the life of his pet.

"I still had the rifle and I explained to them they had come at a bad time and to please understand and go away."

The writer wrote that one of the uninvited visitors said: "We have come at a most interesting time. Just in time to see the great Hemingway cry because he has to kill a cat."

The war veteran added that it was a difficult task to end his pet's suffering because he had never been forced to kill "anyone who purred with two broken legs".

FULL STORY
Posted by World of the Written Word at 9:06 AM
Email ThisBlogThis!Share to TwitterShare to FacebookShare to Pinterest