Word of the day -- MAVERICK 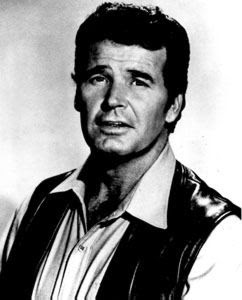 MAVERICK is a word bandied about a lot. At first glance (or hearing), I was irresistibly reminded of the TV series, a favorite more years ago than I care to count. But, like a number of commentators to various New York Times political blogs, I thought it would be interesting to explore the word.
My Concise Oxford dictionary tells me it is an "unbranded calf or yearling; masterless person, rover; stray."
"Masterless person" doesn't seem quite the right definition for the way the word has been used in speeches, comments, and debates, of late, so I turned to my "Standard Desk" American dictionary, courtesy Funk & Wagnall. This entry proved rather more informative: "1. U.S. An unbranded or orphaned animal, as a calf, traditionally belonging to the first person to claim or brand it. 2. U.S. Informal One who is unorthodox in his ideas, attitudes, etc. [after Samuel A Maverick, 1803-70. Texas lawyer who did not brand his cattle.]"
Well, shucks, it sure is fascinating to learn that the word "maverick" derives from the name of a lawyer who refused to follow the law. But how does this relate to the use of the word today? And, in the real world of the western cowboy, what does it really mean?
I found someone who speaks from experience in a comment posted on one of the NYT blogs. Royce Williams elaborated on the term in intriguingly ominous terms, saying: "Out here in the West, a maverick is an unbranded range bull. You can't trust them; can't turn your back on them, even for a second. And they are not afraid of the horse you are riding. You bring in a bull to improve genetics in the herd, and the maverick will kill it."
An image that's a long, long way from the lovable footloose gambler played by James Garner in the first TV series. My, how a word can change.
Posted by World of the Written Word at 10:05 AM
Email ThisBlogThis!Share to TwitterShare to FacebookShare to Pinterest

Did you catch the article in the New York Times, "Who You Callin’ a Maverick?" where the Maverick family is annoyed at John McCain and Sarah Palin?

"“I’m just enraged that McCain calls himself a maverick,” said Terrellita Maverick, 82, a San Antonio native who proudly carries the name of a family that has been known for its progressive politics since the 1600s, when an early ancestor in Boston got into trouble with the law over his agitation for the rights of indentured servants.

In the 1800s, Samuel Augustus Maverick went to Texas and became known for not branding his cattle. He was more interested in keeping track of the land he owned than the livestock on it, Ms. Maverick said; unbranded cattle, then, were called “Maverick’s.” The name came to mean anyone who didn’t bear another’s brand."

Absolutely fascinating. No, I hadn't seen the article, and many thanks for drawing it to my attention, Rick. So Maverick's great-grandson wrote a column criticizing the upcoming war in Iraq in 2003, which was published after his death. One can easily imagine his response to hearing his name bandied about so freely by representatives of the party that fostered that war!