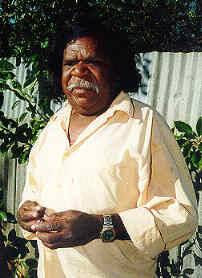 Oh boy, I am getting further and further away from posting about words, publishing, more words, and books -- but this is really mind-bendingly wonderful. In Australia, artists are to get royalties on their works!
Australia's federal government has proposed a five per cent royalty on the resale of visual art to benefit the original artist who created the work.
Arts Minister Peter Garrett announced the new scheme Friday, after a meeting with state and territory arts ministers in Alice Springs. "By enshrining in law the right of artists and their heirs to receive a benefit from the secondary sale of their work, we are building an environment where the talent and creativity of visual artists receives greater reward," Garrett said.
The royalty would help struggling artists make a living from their work and also would help their heirs, he said. It would apply to works by living artists sold for more than $1,000 and would continue to be collected for a period of up to 70 years after their death.
"We have designed the scheme in such a way that we are providing a copyright for visual artists and their heirs and successors," Garrett said. Artists will have that right for their lifetime plus 70 years, consistent with copyright under the Berne Convention.
The law, which could be passed by the Australian Parliament by the end of the year, is expected to be particularly helpful to struggling Aboriginal artists, who were invisible until the corporate rich suddenly realized that Aboriginal art looked really great on pearl luster walls. Many outback painters live in poverty and are willing to sell their works for low prices. But international demand for work by Aboriginal artists has led to a hot market for their work, which benefits dealers and auctioneers.
"Warlugulong 1977," a distinctive work by late indigenous artist Clifford Possum Tjapaltjarri (pictured above), set a new record for Australian Aboriginal art sales last year. The large canvas blending ceremonial ground paintings and European-style maps was sold to the National Gallery of Australia for $2.4 million Australian. A dealer had bought the work for just $2,500. Tjapaltjarri died in 2002.
Garrett compared the resale royalty for visual artists to the royalties earned by other creators, such as authors and music composers. Arts Law Centre Australia executive director Robyn Ayres called the deal "very significant for both Aboriginal and non-Aboriginal artists.""It's a recognition of a right that has been recognized overseas in some countries for many years."
Unfortunately, as the scheme is administratively complex, it could be some time before artists see any money.
Posted by World of the Written Word at 5:32 PM
Email ThisBlogThis!Share to TwitterShare to FacebookShare to Pinterest