Digital Book World is back to telling what is selling

After a three-week hiatus due to Hurricane Sandy, the DBW Ebook Best-Seller List is back — and with a very different complexion than before. For one thing, a publisher not named Random House or Penguin has taken the top spot: Simon & Schuster, with its title The Last Man: A Novel by Vince Flynn. 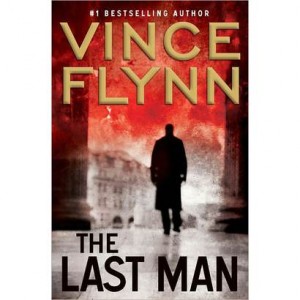 The book went on sale Nov. 13 — just last week — and instantly hit No. 1 at both the Amazon and Barnes & Noble. A flurry of promotions at both leading retailers’ sites before publication date helped propel the title up the best-seller ranks. It doesn’t hurt that Flynn’s Mitch Rapp political thriller series, of which this is the latest title, is already popular among readers. Perhaps we’ll see Rapp back-list books like American Assassin and Kill Shot crawl up the ranks in the coming weeks.

Meanwhile, Simon & Schuster is leading the charge toward a more diverse top-ten when it comes to publishers. Hachette has a few titles in the top ten now, including James Patterson’s Merry Christmas, Alex Cross at No. 4, which was released on Nov. 12 and is perhaps being aided by the Alex Cross movie now in theaters (and which, inter alia, is getting reviews so bad that they are funny).

Houghton Mifflin Harcourt has also made its debut on our top-25 list with Life of Pi by Yann Martel, a back-list title from 2002 that may also be seeing a resurgence because of the eponymous upcoming film, which hits theaters this coming week.