The world gets a new term, courtesy of WW2 New Zealand 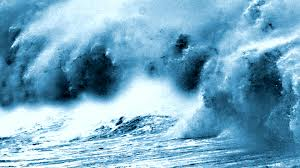 London news sites the Daily Mail and the Daily Telegraph, in stories appearing around the world this week, say the United States and New Zealand conducted secret tests during 1944 of a "tsunami bomb" designed to destroy cities by using underwater explosions to trigger the waves.

US Navy South Pacific commander Admiral Bull Halsey wrote to the New Zealand Government, asking them to work on it.

"Inundation in amphibious warfare has definite and far-reaching possibilities as an offensive weapon," he wrote.

An Auckland University engineering professor in charge of the project, Lieutenant Colonel Thomas Leech, predicted 11-metre high waves up to four kilometres from an explosion with 2000 tons of high explosive.

The experiments were a failure, with few explosions producing more than a ripple.

"If you were in a small boat, you could have ridden out some of the waves," said one of the survivors of the covert group, Toby Laing of Nelson, who was left with a lasting legacy.


Posted by World of the Written Word at 2:35 PM
Email ThisBlogThis!Share to TwitterShare to FacebookShare to Pinterest