The female of the species is obviously more deadly ... 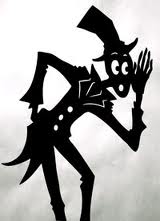 The Feminist Press is reprinting mysteries from the mid twentieth century under its Femmes Fatales series.  Included are books by Vera Caspary, Dorothy Hughes and Gypsy Rose Lee.

In somewhat similar news, HarperCollins is introducing a new trade paperback line of mysteries called Bourbon Street Books.  They will feature a number of reprints, prominent being Have his Carcase, Strong Poison, Busman's Honeymoon and Gaudy Night, by the immortal Dorothy L. Sayers.  The introductions to these are written by her worthy successor, Elizabeth George.

From the Alfred Hitchcock Mystery Magazine, March 2013
Posted by World of the Written Word at 8:55 AM
Email ThisBlogThis!Share to TwitterShare to FacebookShare to Pinterest