Personally, I would blame Amazon 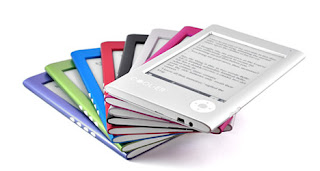 A very puzzled press release from Barnes and Noble reveals that Nook sales were down by nearly 13% over the holidays.

As Publishers Lunch comments, "In the last quarter BN management had said Nook was selling more units, just at lower prices, but in this important period, Nook sales fell "due to lower unit volume and average selling prices." Overall, Nook segment sales were $311 million for the nine-week holiday period, down 12.6 percent. A year ago, the Nook business rose 43 percent over the holidays.


"Digital content sales rose only very modestly--up 13.1 percent--as "device unit sales declined during the holiday period as compared to the prior year." Content sales have been growing at a smaller rate every quarter for over a year now. During last year's holiday period, digital content sales grew 113 percent.
"As of now, BN executives still don't know what happened. CEO William Lynch says in the announcement, "Nook device sales got off to a good start over the Black Friday period, but then fell short of expectations for the balance of holiday. We are examining the root cause of the December shortfall in sales, and will adjust our strategies accordingly going forward." Previously, the company said Nook sales "doubled" over that initial holiday sales weekend, so the falloff must have been steep thereafter."

The answer may well lie with Amazon's aggressive promotion of their new eReader, Kindle Fire.  According to the site Chitika insights, iPad slumped about 7% from its normal 80% dominance of the tablet/eReader market, while Amazon Fire gained about 3%.
Posted by World of the Written Word at 8:54 AM
Email ThisBlogThis!Share to TwitterShare to FacebookShare to Pinterest