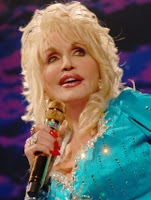 He just wanted her publishing rights.

Country icon Dolly Parton refused to let Elvis Presley record her hit song I Will Always Love You because she didn't want to give up the publishing rights to the track.
The 9 to 5 singer reveals The King was a big fan of her 1970s tune and was set to head into the studio to lay down his vocals when his formidable manager, 'Colonel' Tom Parker, demanded Parton surrender her entitlement to the single's royalties.
But Parton tells US journalist Anderson Cooper she knew the financial sacrifice was too much just to have one of her tracks covered by Presley.
"Elvis was gonna record that song, he had it ready and 'Colonel' Tom Parker says, 'We have to have the publishing, or we won't record anything.' I said, 'I can't do that!' He wanted half the publishing (rights)! ...It wasn't Elvis' fault, it was Colonel Parker."
Parton admits she "cried about it" after rejecting the deal, but she struck gold in 1992 when Whitney Houston's version of the track topped charts around the world.
"Then when Whitney did it, I got all the money for the publishing and for the writing and I bought a lot of cheap wigs... with that!"

Posted by World of the Written Word at 10:25 AM
Email ThisBlogThis!Share to TwitterShare to FacebookShare to Pinterest