Historian David Reynolds recommended books suitable for the dark economic days, including Anthony J. Badger's FDR, The First Hundred Days, and also pointed out the immense difference between the media then and now.


Novelist Will Self introduced me to a word neither I nor my dictionaries have ever heard of before: IMMISERATE.  "Obviously the most important duty of our new prime minister is to acquaint himself with the cirumstances of those whom he is about to immiserate," he says.  Make miserable?  Perhaps so, in view of the books he recommends -- accounts of what it is like for the working class, with F Scott Fizgerald's The Great Gatsby as a nice contrast.  An interesting suggestion is Edward Bellamy's Looking Backward 2000-1887, in which the hero slept for over 100 years after being accidentally over-hypnotized: "we seem to have slept for the past 30 years due to an accident in mass hypnosis," he comments.
Classicist Mary Beard recommends Dante, Proust, and Goethe, plus Marjorie Caygill's Treasures of the British Museum, just in case Mr. C. has visions of cutting the budgets of museums.


Novelist Jeanette Winterson recommends Susan Sontag, Susia Orbach, and The Alchemist by Ben Jonson.  Why?  To quote her rather memorable comment: "The dream of the alchemists was to turn base metal into gold.  for those who believe in enlightenment and progress, please note that alchemy is alive and well but has changed its name and address."  How else can one explain the selling on of toxic debts as assets?  Or, for that matter, worthless companies being sold to a hedge fund, with the resultant bill sent to the tax payer.
Biographer Michael Holroyd focuses his choices and comments on that buzz word "change."  Included is Claire Tomalin's Samuel Pepys The Unequalled Self -- personally, I would have recommended Pepys' own journals.  Added to his choice of Lytton Strachey's biography Eminent Victorians is the interesting comment that Victorian materialism led to readers turning to darkly escapist fiction, such as that written by RL Stevenson, Bram Stoker, Conan Doyle, and HG. Wells, while today the same trend is evident in the huge popularity of dark fantasy, often written for children (think JK Rowling and Stephanie Meyer).
Novelist Pankaj Mishra focuses on British-US relations (which he classes as a bad case of unrequited love), and recommends books about the political situation in the Middle East, such as Gideon Levy's The Punishment of Gaza. 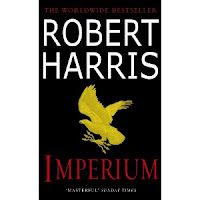 Historian David Kynaston makes an eloquent plea for honesty and forthrightness in politics, pointing out the cynicism that marks the arena today.  He lays much of the blame on the private school system (misleadingly called "public" in the UK).  "There are no prizes for guessing where many of the current villains of the piece went to school," he says.  John Gray, political philosopher, makes only one choice, John Stuart Mill's essay On Liberty, which he calls "punchy, little understood and rarely heeded," and writes about the current "mix of free markets with the knee-jerk authoritarianism that has dominsated British politics for so long".
Rights campaigner Shami Chakrabarti writes a "Dear Prime Minister" letter that is redolent with despair, and makes a plea for the inviolability of the Human Rights Act, then recommends books such as Harper Lee's To Kill a Mocking Bird and Robert Harris's cautionary tale for prime ministers, Ghost.  Science writer Fred Pearce makes a case for wising up on environmental science, and says that "real policy wonks" would turn to Nicholas Stern's A Blueprint for a Safe Planet.

So what would you choose?  And what would I recommend?  I was amused by the choice of Harris's Ghost, and while I would recommend it as an excellent read (and can't wait for the movie), I would offer, instead, his novelized biographies of Cicero, Imperium and Lustrum.  Until I read those two books, I had no idea just how devious, double-dealing, and opportunistic politicians can be.  Morality tales, truly.
Posted by World of the Written Word at 11:10 AM
Email ThisBlogThis!Share to TwitterShare to FacebookShare to Pinterest