The real reason THE HOBBIT is staying in New Zealand? 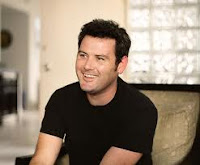 Good lord, that is peanuts, when it is reliably estimated that the two Hobbit movies will bring 700 million (kiwi dollars) into the country.

The story is probably known to everyone.  Because of misguided union action emanating from Australia, the siting of the Hobbit movie-making action was looking precarious.  Australia was in the running, as was the United Kingdom.

The cavalry arrived, however, in the form of a jet-load of Warner Bros. executives, who were given VIP treatment (including the ferrying around in government cars, and swift clearance at Customs -- an even greater boon), as ordered by the Minister of Economic Development, Gerry Brownlee.

And it worked.  Negotiations with this high-powered pack of suits led to the Government rewriting the labor laws, agreeing to bigger tax breaks than originally envisaged, and resulted in the production of the two movies staying in New Zealand.

And who was the man at the forefront of said suits?  None other than an ex-pat kiwi.  The upcoming New Zealand Listener reveals in an article by Rebecca McAfie that 39-year-old Manhattan-based Mark D'Arcy (pictured) was one of the negotiators in the high-powered talks that resolved issues, and ensured that the outcome was great.

D'Arcy is one of the army of kiwis who are making it big in the great outer world. Raised in Auckland, he is now president of Time Warner Global, and senior vice-president of the Time Warner Media Group.

In short, he is an important bloke in a US$26 billion industry.  A good contact for our PM to keep in his i-phone address book -- very nice indeed.
Posted by World of the Written Word at 6:53 PM
Email ThisBlogThis!Share to TwitterShare to FacebookShare to Pinterest