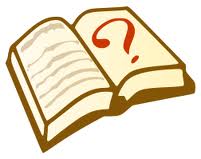 New Zealand is a country that compensates local writers for royalties lost through library borrowings.

Every time a book is borrowed, and not bought, the author gets no money.  This scheme makes up for this, in a measure.  It is called the Public Lending Right.

The scheme is overseen by an advisory group, which includes an authors' representative.

To take an example in my own case, Deadly Shoals, which has a total of 70 books in New Zealand libraries, according to the sampling, is counted twice: the United States hardback comes up with 21 copies, and the NZ Allen & Unwin paperback comes up as 49 copies held.  So neither breaks the 50-book mark.

This is the explanation I received from an administrator:

This is my reply:

Hardback and paperback editions of the same book will hardly ever have the same publication date, though the publisher is the same.  The practice is to print off a relatively short run of the hardback, and when this has run out (which may take a couple of years, or even longer), a paperback edition is printed.

I'd like libraries to be made aware of this change in DIA policy.  Naturally, the purchasing officer will look for the cheapest deal, and more often than not this is through the distributors Baker & Taylor, who specialise in selling to libraries, and in selling hardbacks as they are more durable.  Often these are American editions. This is because American publishers remainder the last of their hardback run before putting the paperback on the market, and so B&T get this very cheaply, often being the only customer.  It is cheaper for the publisher to offer the remaindered copies to B&T than to put them in the bookstores.
New Zealand libraries do this shopping through B&T, so many of my American hardbacks have been brought into the country (breaking the rules, as they should have only been sold in the American territory, but no one pulls them up on this).  If the purchasing officers wanted to support New Zealand authors, they should confine themselves to the locally produced paperbacks.


Posted by World of the Written Word at 10:28 AM
Email ThisBlogThis!Share to TwitterShare to FacebookShare to Pinterest

I must add that this impacts on New Zealand authors who publish only in New Zealand, too. If they publish with one house, and then some years later the book is republished by another New Zealand house, each publication is counted differently.

Does this mean that an author can circumnavigate this very unfair system by registering the book only once? Wise answers gratefully accepted!