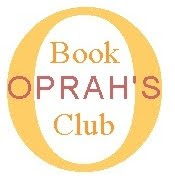 It has just been announced. The iconic talk show will end in 2011, at the finish of the 25th season -- which means the end of the iconic Oprah's Book Club, too.
At times her choices were considered bizarre, but she created buzzworthy books, which delighted many a publisher, and made (or broke) many authors. It will be sadly missed.
And the writer whose book is featured in that very last show will gain unusual fame. Obviously, it is a slot to be greatly coveted.
More details will be given on Friday's broadcast of The Oprah Winfrey Show, guaranteeing it a bigger audience than ever.
Oprah Winfrey, 55, started her career in Nashville Tennessee, and Baltimore, Maryland, before moving to Chicago in 1984, to host a morning talk show called "A.M. Chicago," which became so popular that the following year it was renamed "The Oprah Winfrey Show." The year after that, it went into syndication, to become the most successful talk show ever, reaching about 7,000,000 viewers every day.
Oprah is leaving to concentrate on her own cable channel, OWN: The Oprah Winfrey Network.
Posted by World of the Written Word at 1:33 PM
Email ThisBlogThis!Share to TwitterShare to FacebookShare to Pinterest

how does one SUBMIT a book to Oprah for her consideration / publishing help?

I think all the big publishers do the submitting. The author just waits and hopes.

Interesting comment, Dean. While Ellen sure has personality, do you think it is likely she would have a book club on her show?