To Clap or not to Clap 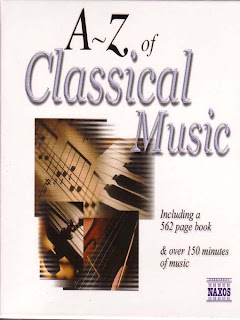 My blog has been neglected (weak excuse: school holidays), and I'm not even going to "talk" about books or the written word now, but pass on a story by Finio Rohrer in the BBC News Magazine that made me laugh out loud.

It is about the perennial problem of when to clap at a classical music concert -- something that was wonderfully satirized in the 2005 short movie The Clap, where an obsessional music fan spent hours studying scores so that he could clap at the precise second the work ended.
I think we've all had the horrible experience of clapping madly in an inappropriate place, simply because the vigor of the ending of a marvelous movement has totally carried one away. The embarrassment starts when (a) you realize you're the only clapper in the entire house, or (b) the conductor turns round and gives you a beetle-eyed stare before deliberately turning round again and lifting his arms, or (c) the orchestra is so startled and disoriented that the players scrape disharmoniously for a second before launching into the next movement.
My own remedy (in Wellington, at anyrate) is to wait until everyone else is clapping before I join in, though I once forgot that I was not in the Metropolitan Opera House in New York, and hollered, "Bravo!" Well, I love the way the crowd goes crazy at the Met., so why not? Placido Domingo does not appear to mind everyone hooting and cheering at the end of each aria, so why should a tail-coated conductor be any different?
In classical music concert circles, however, there is a ban on such spontaneity. Classical editor of Time Out magazine, Jonathan Lennie, has proposed that people shouldn't even clap right at the end. Instead, there should be a reverent pause before the hands are put together.
Lennie has written an open letter to the "Loud Clapping Man Who Sits Behind Me At Concerts," asking why should anyone start "making a racket" the instant the work appears to be ended, when a period of dignified silence is much more appropriate? Some pieces positively demand it, he says. As Rohrer comments (tongue in cheek): "Take Schubert's bleak song cycle Wintereisse. You should apparently not be yelling 'bravo' between the songs, or going bananas at the end." (No matter how much the performers might enjoy it.)
Basic rules of concert-going etiquette:
* If everyone else is clapping, it is probably safe to do it yourself.
* Switch off mobile phone.
* No food in the auditorium (except for cough sweets, and please unwrap them before the music starts.)
* Avoid hacking cough during quiet bits (that's where the cough sweets come in).
I would also add singing along with the music. I paid good pocket money to go to a matinee of Traviata in Wellington when I was in my teens, and the Italian fisherman in the seat in front of me sang loudly along with the tenor.
And there should be another rule, according to the pedants:
* People don't normally clap between movements, they say.
But I'm not sure about this. Some movements positively demand it. In fact, according to Georgia Browne, a historical flute specialist, a lot of works were written with clapping between movements in mind. Haydn, Mozart, and Beethoven expected a hiatus between movements two and three, with a bit of ballet or singing to fill the gap. And refreshments. (A glass of wine would do that cough a power of good.) Which leads me to another idle thought -- what food would be appropriate? Champagne, strawberries, and ice cream for Mozart, definitely. Sausages and beer for Beethoven? All suggestions welcome.
Posted by World of the Written Word at 9:15 AM
Email ThisBlogThis!Share to TwitterShare to FacebookShare to Pinterest