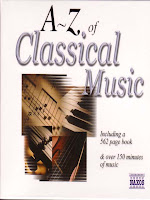 Considering that the whispers have all been about publishing, Spy Mouse waxed positively -- and most entertainingly -- eloquent in response to my frivolous post about clapping at classical music concerts. Having been granted permission, here is what this very cultured little rodent wrote:

I'd seen that piece by Jonathan Lennie, and am very much in two minds. I'm all for clapping a particularly virtuoso bit of showing-off then and there, but it infuriates me when audiences clap throughout a song-cycle, for instance. Interestingly, I was at a Prom performance of Handel's Partenope (salami-and-cream-cheese sandwiches, and a bottle of something white and Australian), and the half-capacity audience clapped regularly throughout. Mind you, we did have Andreas Scholl singing Arsace. But last night the Proms semi-staged the Glyndebourne production of Purcell's The Fairy Queen, and on only two occasions did they clap a display of vocal fireworks; otherwise, as Jonathan Lennie says, the few seconds' silence afterwards was part of the performance. The audience clapped and stamped and cheered when it was over, though, and the place was packed. Oh, and crab-pate sandwiches and a decent French chablis.

Last week we went to Dvorak's Rusalka at Glyndebourne, which was ravishing beyond words even by Glyndebourne standards (chicken in cream-and-lemon sauce, baby leaf salad and rice with cumin, coriander, pine nuts and almonds, and a bottle of Lanson, with raspberries and tarte au chocolat to follow). So intelligently staged, visually lovely, with nothing to come between the opera and the audience as is so often unfortunately the case, and the cast sang like angels. The only things I've been to there which were more beautiful were Hockney's Magic Flute decades ago, and a bewitching Midsummer Night's Dream (Britten), which I can't imagine they will ever better. Can't remember what we ate but it involved a lot of champagne on both occasions.

I can't wait to go to the proms myself!
Posted by World of the Written Word at 9:05 AM
Email ThisBlogThis!Share to TwitterShare to FacebookShare to Pinterest