IN THE NICK OF TIME 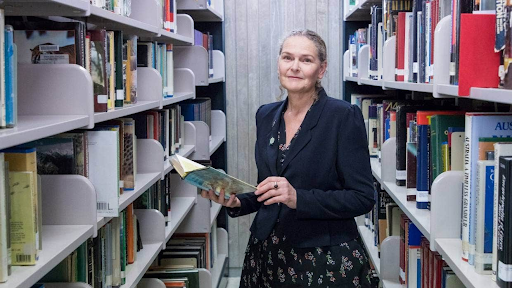 The National Library has halted plans to export 600,000 books to an overseas-based online archive after sustained criticism from authors, publishers, copyright holders and the National Party.

In an emailed statement on Monday, the library said it was “reconsidering” plans to ship the books from its Overseas Published Collections “in light of concerns raised by interested parties, including issues associated with copyright”.

The Internet Archive, where it was originally planning to send the books, is embroiled in a copyright infringement lawsuit with publishing giants Hachette, HarperCollins, Penguin Random House and Wiley in the United States.

In Monday’s statement, the library said it would not export any books until it considered its next steps.

National Librarian Te Pouhuaki​ Rachel Esson said the library listened to people’s views and was working hard to support New Zealanders’ ongoing access to books from the collections, which it previously argued it had no space for and were scarcely issued by the public.

“We are aiming to balance our duty to all New Zealanders with the concerns of our valued book sector colleagues and will continue to build relationships with them,” she said.

“We are taking some time to look at all available options that align with our collection plans, while preserving author and publisher interests.”

Esson said the library would continue to work to avoid secure destruction of the books, which was looking like an earlier outcome before the deal with the Internet Archive was struck.

The pause comes after the Authors’ Society, Publishers’ Association and Copyright Licensing wrote to the Attorney-General and Ministry for Culture and Heritage, asking them to investigate the deal. Many of those parties felt unheard and upset during the process of what to do with the books, which ended in the library striking a deal with the archive.

Recently there was a protest at a Wellington church over the saga, and National’s arts spokesman Simon O’Connor also publicly commented the deal was “a slap in the face” to New Zealand’s literary community.

There was an original deadline for authors and copyright holders to “opt out” of the library donating their books to the Internet Archive by December 1.

Authors’ Society chief executive Jenny Nagle said it welcomed the decision, and that its concerns around copyright were heard. “We will be pleased to engage in the new year as they look for a legal solution. The National Library and the local writing and publishing industry should not be at odds, as we are all part of the same ecosystem.”

Protest organiser Bill Direen called it a “ceasefire”, while Book Guardians Aotearoa spokesman Michael Pringle, who has also been opposed to the deal, wondered whether legal advice made the library change its mind “at the eleventh hour”.

There would have been “considerable” cost in staff time organising the deal, Pringle said, but no money was given to the Internet Archive, Esson confirmed in a phone interview.

Pringle wanted to see sufficient storage funded for the library to house the books, and for more books to be made available on a reference basis.

Research.  That is what is important.  Up until now the thrust of the protest is the threat to authors' copyright, but historians see the issue rather differently.  I know I would never have been able to research the background for my Wiki Coffin novels, or my books about women at sea, and books about whaling under sail, without the fund of material that I located in the distant stacks of the National Library of New Zealand.
Posted by World of the Written Word at 10:09 AM
Email ThisBlogThis!Share to TwitterShare to FacebookShare to Pinterest