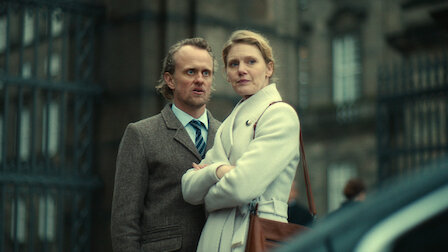 Surely not!  Rotten Tomatoes collects all published reviews and rates a film accordingly.  And 100% is unheard-of.  But in this case I was willing to believe, because I had already watched a couple of episodes of this series, and was utterly hooked.

It was the next stage in my ongoing exploration of Nordic Noir.  I started with Trapped, set in Iceland, and compelling, moved onto Finland with Bordertown (very interesting actors, worth following), and arrived in Denmark with a very new series, released just a couple of weeks ago.

It is called THE CHESTNUT MAN.

It is gory.  It is super-tense.  And yes, it is in Danish (though I was surprised how many English words have strayed into that language) but the subtitling is fine.  And it is so, so watchable. The cinematography is superb, owing a lot to Alfred Hitchcock, but with a very modern polish, including aerial shots from drones. And the soundtrack is riveting -- again in the Hitchcock mode, with creaking boards and ominous bird calls, but so very up to date.  The composer is named -- wait for it! -- Andersen.  Kristian Eidnes Andersen.

Stunning stuff, all of it.  Had me out of my seat with the building tension.

So what else does it owe to classic police dramas?  Such as the everlastingly popular Midsomer Murders, for instance. There is the same kind of Halloween theme, but there are no chocolate-box villages, or loveable eccentrics.  Like the other Nordics, it is not an advertisement for the country of origin.  It is also a lot more credible, and much more focused on the unfolding plot.  All those involved in this series have a story to tell, and tell it remarkably well.  Not that there aren't stray moments that are not necessary and yet so telling.  One, where the father who is hunting for his lost daughter knocks on doors to plead for clues, and is told he is knocking on the same doors and asking the same questions of the same people every day, is just so touching.

The acting throughout is superb, even from the extras who stroll into screen for just a few moments.  The two starring detectives manage to be human, flawed, and yet very likeable.  One is certainly rooting for them at the end. And there is the ultimate target in this serial killing, a Children's Affairs Minister with a very dark history, extremely well done by the actress.

I have never known nail-biting tension on the scale of the last two episodes of this brilliant series.  And here comes a confession.  It gets so nervewracking that I had to watch it by daylight!  And in bits, to take a breather while I did some housework, to calm my racing heart.  The ending is violent, and absolutely perfect.  All the loose ends are tidied up, with just a hint that we might see the two detectives working together in another series.

Please don't look it up on Wikipedia.  Every episode is described in detail, meaning  that it is just one long spoiler.  And it is not knowing how it will turn out that makes the story so great.  There are just six episodes, and I append the list of the cast, just to spare you from ruining an amazing experience by looking up the entry.

Posted by World of the Written Word at 11:31 AM
Email ThisBlogThis!Share to TwitterShare to FacebookShare to Pinterest