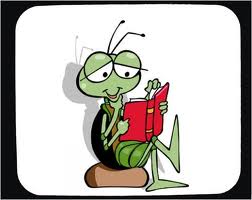 AMAZON is definitely losing the plot.

To my amazement, a book review I have no recollection of posting, as it was so long ago, has finally ... at last ... almost two decades later ... has finally been accepted!!

Here is the letter, followed by the review:

I bought this book because my brother's birthday is coming up in six days, and he loves bestsellers.
I've never heard of Dan Brown before, and actually had quite a job to find the book
in local (New Zealand) bookstores.
(I found it in a wine-and-food market! -- upscale market, and the book is new, I hastily add.)
I'm puzzled because everyone calls it a page-turner. What is it I am not seeing?
I've managed to get to page 217, so I've done quite well, I guess,
but the cardboard characters and trivial-pursuit-driven plot just don't get me turning pages.
It's fearfully easy to put down, and awfully hard to pick it up again, but if I want to get to the end,
I have only five days to do it!
This is quite an admission from someone who normally reads a book a day.
Perhaps my problem is that the last book I read was the second in Bernard Cornwell's astounding
Grail series. Granted, it is a different genre, but the craftsmanship and sense of immediacy that
Cornwell manages is on a different plane, too.
However, I would hesitate to suggest that anyone reads the Cornwell Grail series instead of this book,
because so many people enjoy The Da Vinci Code, obviously -- and why should I ruin someone else's nice day.

I guess it will be made into a movie. It reads like that was the ultimate aim.
But I doubt I will bother to go to see it -- even if it does have Harrison Ford!

(And I didn’t)
What was the book called? THE DA VINCI CODE

So what is going on?  It must have gone onsite, as 10 people found it helpful.

Is Amazon trying to revive books that are past their use-by?

Or is it a new, and very strange, marketing ploy?

Do let me know if something similar happens to you!

Posted by World of the Written Word at 11:17 AM
Email ThisBlogThis!Share to TwitterShare to FacebookShare to Pinterest