Penguin-Random succumbs to the Amazon juggernaut 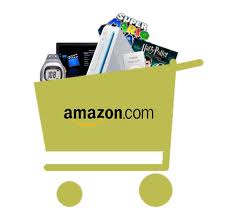 Penguin Random House, the largest book publisher in the world, is chopping off its self-publishing arm. The company said Tuesday (Jan. 5) that it has sold Author Solutions—the self-publishing author-tools platform that it bought in 2012—to an unnamed affiliate of US private equity firm Najafi Companies for an undisclosed sum.

“With this sale, we reaffirm our focus on consumer book publishing through our 250 imprints worldwide, and our commitment to connecting our authors and their works to readers everywhere,” CEO Markus Dohle wrote in an email to staff. Read: The company is retreating back within the confines of traditional publishing.

Why? By the numbers, self-publishing should be a lucrative endeavor. In 2015, author-published books accounted for 18% of the entire book market in the US; the industry’s growth is staggering, and some firms predict the business could eventually get as big as $52 billion.

Publishing companies have been having a hard time lately, though. Despite steady book sales, there has not been much growth in the industry recently—and running self-publishing services like Author Solutions doesn’t yield as much profit as signing traditional contracts with writers. Analysts told the Financial Times that Penguin Random House likely sold the company for a fraction of the $116 million it paid in 2012.

But whether driven by sinking profits or negative publicity, Penguin Random House’s exit from self-publishing is also an admission of defeat: The giant self-publishing market essentially now falls largely to Amazon, which already churns out an estimated 85% of self-published titles via its various platforms.

While Author Solutions will likely continue to run as a self-publishing business, it seems traditional publishing companies have largely decided to steer clear of Amazon in this area.

Posted by World of the Written Word at 8:30 AM
Email ThisBlogThis!Share to TwitterShare to FacebookShare to Pinterest