This is really poetic ... 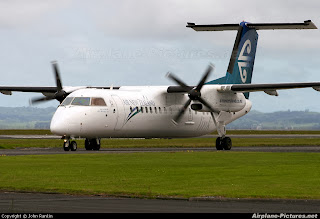 Today, says Lindsay, I'm giving this tool box away (just the empty tool box - I'm keeping everything that was in it)...

This tool box isn't just an old tool box, in fact it was bought brand new halfway through this year at the beginning of the Infinera project.

It carried just about everything I needed to build up an Infinera shelf which included......

After packing the tool box, it weighed just under 23 KGs. Oh wait... No, it once weighed 23.1 KGs, so I had to take an extra patch cord in my carry on baggage while the, now, 22.9 KG toolbox went into the haul.

It didn't carry anything dangerous or flammable. no, It didn't carry any cans of CRC. No, it didn't have a butane torch, or even a cigarette lighter. And yes, the batteries are Nickel-Cadmium batteries which weren't plugged into the battery drill during transit. Someone from Christchurch can vouch for that, she will also add how well organised this toolbox was.

As it just flew under 40 sectors (oh the joys of most Hamilton flights going through Auckland), the handle got a bit tired. It popped out on me three times. I also know of a time when the handle popped out on a baggage handler (I was standing on the other side of the aircraft when it happened) and then it broke, but that just meant carrying the toolbox with both hands.

It's been a good toolbox, I'm sure the friendly staff from Air NZ would agree, especially the rampies. But it's time to hand the tool box on...

Posted by World of the Written Word at 6:19 PM
Email ThisBlogThis!Share to TwitterShare to FacebookShare to Pinterest