THE GREAT PLAGUE OF LONDON

I can't believe that I have been reading Forever Amber.  I read it first at a tender age, and remember very little about it.  I suspect, however, that my mother did not know!

Anyway, I was encouraged to read it again by a comment from a physician who is as interested in medical history as I am.  He remarked that Kathleen Winsor's description of London during the great plague was the best lay account he had ever read.  I was not impolite enough to ask him what the devil a mature Kiwi male was doing reading a bodice-ripper (though I have often wished I did), but his observation stuck in my mind.  So, when I saw the recently re-issued paperback in the library, I decided to give it a go -- especially when I checked on Amazon.com and found it is doing well. 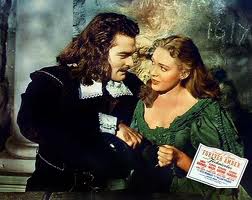 I suppose I got two-thirds of the way through the book before putting it aside, after a quick look at the ending.  It's the story of Amber, a country girl, who in the early years of the Restoration is seduced by the broodingly handsome Lord Carlton.  Despite his reluctance, she goes with him to London, where she falls in and out of a lot of beds (including that of Charles II), gets married several times, but never gives up on adoring him, vainly hoping he will make her his forever.
Despite all that bed-hopping, there is no graphic sex.  Anyone who reads this for pornography is going to be gravely disappointed, as is anyone who expects Amber's character to develop at all.  She is utterly obnoxious, beautiful but shallow, selfish, bad-tempered, hysterical, and demanding, and despite what life throws at her, she never learns.  Instead of maturing, she merely ages.  Altogether, both cardboard and unconvincing.
But the background is amazing, filled with intriguing trifles of London and court life at the time.  Because of this (and the irritating protagonist), it reminded me a lot of Gone With the Wind.  In Margaret Mitchell's iconic work, the descriptions of medical care during the Civil War were riveting, and the same can be said -- oh yes indeed -- for Winsor's descriptions of the Great Plague of London.
Day by day London was changing.

Gradually the vendors disappeared from the streets, and with them went the age-old cries which had run through the town for centuries.  Many shops had closed and the 'prentices no longer stood before their stalls, bawling out their wares to the passerby -- the shopkeepers were afraid of the customers, the customers were afraid of the shopkeepers ...

Searchers-of-the-dead walked in every street.  It was their duty to inspect the dead and to report to the parish-clerk the cause of death.  They were a group of old women, illiterate and dishonest as the nurses, forced to live apart from society during a time of sickness and to carry a white stick wherever they went so that others might know them ...

The town grew steadily quieter.  The busy shipping of the Thames lay still -- no ships might enter or leave the river -- and the noisy swearing impudent boatmen had all but disappeared.  Forty thousand dogs and two hundred thousand cats were slaughtered, for it was believe they were carriers of the sickness.  it was possible to hear, far up into the City, the roaring of the water between the starlings of London Bridge -- a noise that usually went unnoticed.  Only the bells continued to ring -- tolling, tolling, tolling for the dead.
Posted by World of the Written Word at 4:25 PM
Email ThisBlogThis!Share to TwitterShare to FacebookShare to Pinterest

I've just finished and extramural paper through Massey 'The Black Death and other Plagues' and discovered some other great reads: Year of Wonders by Geraldine Brooks is a novel based on the village of Eyam, The Great Plague: The Story of London's Most Deadly Year by Lloyd and Dorothy Moote, A Journal of The Plague Year by Daniel Defoe, The Plague by Albert Camus.
And of course there is the indefatigable Samuel Pepys http://www.pepysdiary.com/
What I found most interesting was the fantastical medicines: mithridate and Venice treacle (which supposedly contained viper's flesh), powdered unicorn horn, bezoar stone (a hair ball regurgitated by a camel), or electuary of phoenix egg. The doctors' plague treatises were full of this mumbo-jumbo.

What a marvelous extra-mural course! I must look it up. Medical history has been a hobby for a long time, at one stage resulting in a book about medicine in the age of sail, called "Rough Medicine." What I found fascinating was comparing the medical chest according to the recommendations of Dr John Woodall, surgeon-general of the East India Company (1617) with the list of the contents of the chest carried by Dr John King, a whaling surgeon in 1837. The first was a great deal heavier than the second (there is a wonderful example in the Wellcome Museum on the top floor of the V&A Museum in London), but it was surprising to find that the medicaments carried by King echoed some of the basics in the Woodall chest.

I've read Camus, Defoe and Pepys, and must chase up the others. Many thanks!