THE COMMISSIONER AND THE ARCHIVES 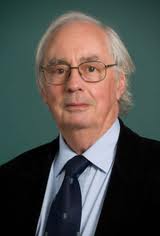 Archives! The very word is redolent of dust and decay. Of pale-faced historians poring over faded documents as they fine-tune their latest theses. Human Rights Commissioner Jeremy Pope considers the effect of a bill to merge the New Zealand National Archives with the Department of Internal Affairs.
National Archives! The place where discarded government files go to die and receive a prolonged burial. Such, at least, is a widespread public perception. Unfortunately there seem to be those in positions of influence who share this view.
Unfortunately, because National Archives are very much more than a mere filing system. Yes, it has more documents than we could ever imagine, but the Chief Archivist is very much more than a grandiose filing clerk. Rather he or she has a role as an independent watchdog, presiding over the destruction of government records as well as the systems by which government departments store them. In a word, the Chief Archivist preserves the collective governmental memory, and in so doing protects us all.

If records are a shambles, Official Information Act requests cannot be met. If they can be destroyed willy-nilly by officials, misdeeds can be covered up and citizens can lose any chance of being able to sustain claims arising from breaches of their rights, human and otherwise. If members of the Executive have influence over what can, and what cannot, be kept, citizens generally are all at risk.

An effective Archives system, too, acts as a protection against corruption. Not for nothing has Transparency International accorded us the status of being the world¹s least corrupt country. Look at those less well regarded and you will see, universally, accountability systems in which effective government record-keeping is deficient. Archives New Zealand is a pillar of our national integrity system and of our constitution.

This is why there is considerable unease about a Bill now before parliament. True, this unease is mainly among historians and those few who are knowledgeable about Archives matters. It is, however, an unease that should be felt by us all.

Read on.
Posted by World of the Written Word at 8:44 AM
Email ThisBlogThis!Share to TwitterShare to FacebookShare to Pinterest