The demise of the Bounty replica

By Matt Blake and Anthony Bond

The HMS Bounty sinks as rescue teams save one crew member while the ship's captain remains missing at sea.
The U.S. Coast Guard said 42-year-old Claudene Christian was found unresponsive this evening and has been taken to hospital in a critical condition.
It now means 15 of the 16 crew members of the iconic boat are accounted for - with 63-year-old captain Robin Walbridge yet to be found. 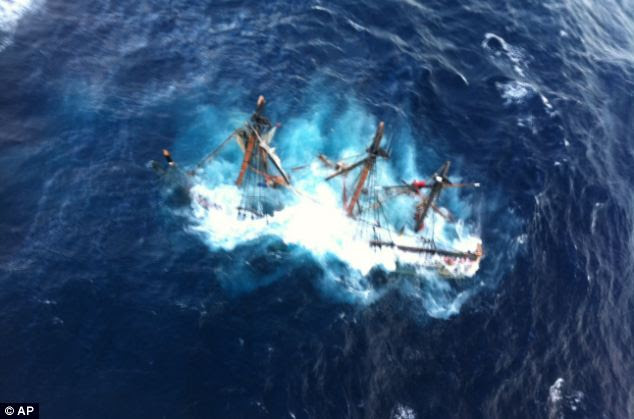 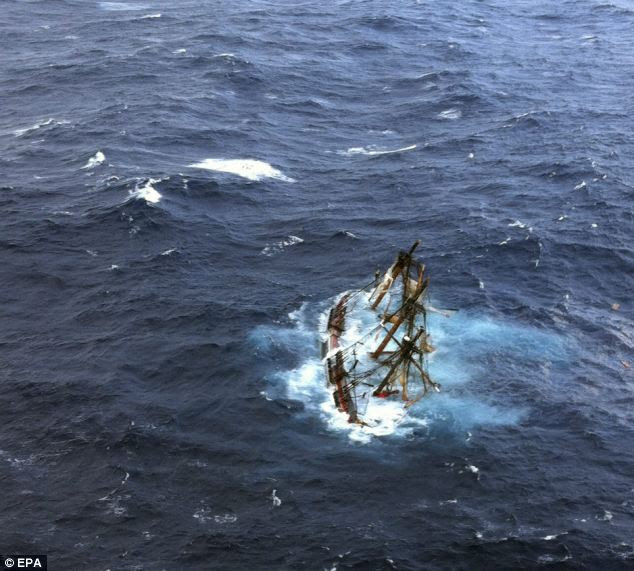 Sinking ship: The world-famous replica became stranded on Sunday night about 90 miles southeast of Hatteras, North Carolina on Sunday
Posted by World of the Written Word at 6:25 PM
Email ThisBlogThis!Share to TwitterShare to FacebookShare to Pinterest