Secrets of a Chinese shipwreck 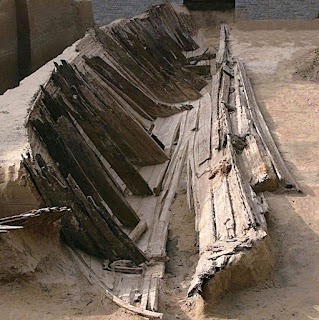 According to an article in Live Science, this wreck dates from the time that the descendants of Genghis Khan ruled China. Seven hundred years ago, the ship foundered in the course of a river voyage, and was forgotten until the day the wreck was discovered under a construction site. Archaeologists moved in, and had a more exciting time than the picture above might indicate.

Divided into 12 cabins (including the captain's stateroom, a control room that was also the galley, and cargo spaces that were loaded with grain), the ship proved to be a storehouse of gorgeous Chinese treasures.  The captain's cabin held some of them, and the rest were focused about a Buddhist shrine.

Hit this link to see a sampling


Posted by World of the Written Word at 8:47 AM
Email ThisBlogThis!Share to TwitterShare to FacebookShare to Pinterest

Great post. I'm going through many of these issues as well..