Paranoia and the Constitution

How -- and why -- Obama's attempt to control out-of-control sales of guns has been stalled.

A thought-provoking editorial from Wellington's newspaper 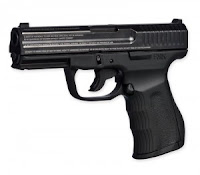 Every culture has its dark side, its lunatic obsessions. America's is guns.

Political attempts at rational gun control founder on this madness. The Senate's disgraceful rejection last week of President Barack Obama's mild initiative on background checks for gun owners is just such a case. The world watches, and gapes. How can Americans behave like this?

The usual answer is to point at the power of the gun lobby. Of the 45 senators who voted down the measure, 42 had received money from firearms lobbyists. The aptly-named Senator Jeff Flake, who switched his vote at the last moment, had been given $5000 by a pro- gun outfit. Mr Obama was right when he accused the Senate of caving in to the National Rifle Association and its tawdry mates.

But in a sense this explanation just shifts the mystery back a step. The gun lobby buys some politicians and frightens others into submission. Some of the Democratic senators who killed Mr Obama's measure last week say president Bill Clinton's 1994 ban on assault weapons cost many of their party their seats. But how is it that the voters are so influenced by the lunatics of the gun lobby?
Surveys show, after all, that 90 per cent of voters support moderate gun control. Last week the senators did their dirty work while survivors of the latest mass shooting, in Tucson, looked on. One, Patricia Maisch, shouted "Shame on you" and left. If shame and the voters' presence could force a politician to behave decently, this would have been the time.

So the madness lies deeper than lobby power and the shadow of money. Many Americans think guns are a necessary part of their lives. Survivalists who think Washington is out to get them keep a pistol in the drawer. Guns symbolise freedom, a great American taonga (national treasure).

Besides, the right to bear arms is enshrined in the second amendment. This is a genuinely outmoded bit of late 18th-century treaty-making. Guns were needed to arm a "well-regulated militia" - in other words, to fend off the Redcoats fighting to keep America British. But it's in the constitution, and for many Americans the constitution is Holy Writ.


Posted by World of the Written Word at 11:01 AM
Email ThisBlogThis!Share to TwitterShare to FacebookShare to Pinterest