So now we know how much she got 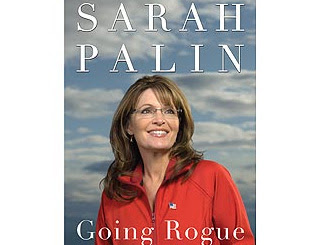 In a disclosure form required under Alaska law, former governor Sarah Palin listed as income $1.25 million received from HarperCollins as a "retainer for book."

The report does not give the date she received the advance, but the disclosure (which includes a lot of other interesting details) covers the final seven months of her term as governor, from January 1, 2009, to July 26.

And the advance is exactly that, just a down payment on what is going to be a much more significant sum. Due, no doubt, to widespread curiosity about what this flamboyant woman is going to say next, Going Rogue is a bestseller already, though it doesn't hit the bookstores until November 17.
Posted by World of the Written Word at 8:32 AM
Email ThisBlogThis!Share to TwitterShare to FacebookShare to Pinterest