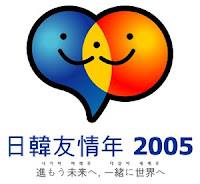 Just to show how quickly a dictionary can be (ever so slightly) outdated, a new word has arrived already.

It is OBAMU
And the Japanese coined it.

According to Bill Sakovich on his blog, Ampontan, he read on a mailing list for those interested in the intricacies of Japanese-English translation that the new verb, "to Obama," is becoming increasingly popular on the Kyoto University campus.
The contributor to that mailing list wrote, "It means something along the lines of to ignore anything that makes you likely to fail and surge on regardless, preferably chanting 'Yes we can, yes we can.'"
According to the Japanese University Teachers network in Kitakyushu, it means: "To ignore inexpedient and inconvenient facts or realities, think, 'Yes we can, yes we can,' and proceed with optimism."
In a nutshell, it means, "Think positive."
Posted by World of the Written Word at 10:21 AM
Email ThisBlogThis!Share to TwitterShare to FacebookShare to Pinterest