Island of the Lost in the Ukraine 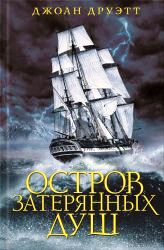 The Ukrainian rights were sold some time ago, after the Family Leisure Club got in touch with my agent.

All very mysterious, as we haven't heard anything since.

But here is the website:  ISLAND OF THE LOST IN RUSSIAN WORDS AND PICTURES

Well, I think it is Russian.  Perhaps the Ukrainian people have a different language?

Here is the description, translated by Mr Google:

Two ships are wrecked on a desert island. One team builds a hut, obtains food and fights for salvation, while the other, obeying the law of natural selection, begin to hunt each other. Two teams, two different paths and one common dream - to survive. But is it possible to save the one who has lost his human appearance?

The designer didn't know much about ships!  The two vessels that wrecked on desolate, uninhabited Auckland Island back in 1864 and 1865 were, respectively, a schooner, and a square-rigger.  So the jacket design is a century or so out of date.  But what the heck, it is only a digital book, so far.

I wonder how it is selling?
Posted by World of the Written Word at 10:14 AM
Email ThisBlogThis!Share to TwitterShare to FacebookShare to Pinterest