Digital books are the future 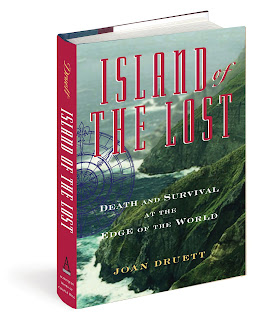 A couple of days ago, I mentioned a possible big sale for the story of Captain Richard Phillips, the hero who put himself in harm's way to save his crew after his ship Maersk Alabama was seized by Somali pirates.

According to Matthew Flamm of Crain's New York Business discussion site, it seems as if the day of huge (and often obscene) book advances might be drawing to an end. The top bids for Phillips's book were around half a million dollars, a big reduction on the seven-figure advance it was expected to attract.
Lesser writers are having a tough time, too. "Somebody said to me recently, '$35,000 is the new $75,000,'" said Michael Morrison, president of the general books division at Harpers.
Gone are the flash author-editor lunches, too, as the industry is cutting costs wherever it can. There is also a move to accelerate conversion to an all-digital environment, such as putting catalogues on line, or sending them by e-mail, instead of going to the expense of print. Too, electronic publishing is beginning to account for bigger book sales.
Little wonder, then, that I received a very polite and pleasant communication from Algonquin, telling me that they are to include Island of the Lost and In the Wake of Madness in the "significant number" of titles they are converting into electronic formats, "allowing all of us to benefit from new digital sales, marketing, and distribution opportunities."
As they say, these are uncharted waters. Website advertising may produce more revenue, which is another factor to be considered. (Not many publishers would think of that!) I am delighted to be part of Algonquin's plan for an exciting and innovative future.

Posted by World of the Written Word at 10:39 AM
Email ThisBlogThis!Share to TwitterShare to FacebookShare to Pinterest