Well, we have all read the story of the giant whatever, that was dug out of a garden at a farm near Hamilton, in the North Island of New Zealand.

The couple who dug the giant whatever (promptly called "Doug") inspected it, weighed it, tasted it (that took courage!) and entered it into the giant Guiness Awards outfit, hoping to get it rated as the world's largest potato.

But, sadly, it was not a potato.  It was the tuber of a gourd.  Full stop.  Very frustrating.  Do gourds have tubers?  What did the parent plant look like? If Doug was dug back underground, what would sprout there-from?  But the mysteries are not to be solved.  Doug now languishes in the farmer's very large freezer.  Why?  I would like to know that, too.

The odd bit of news got published in the New York Times, which has a comments facility -- and readers took advantage of it, to display their witty puns.  Here are a few choice selections.

Another sad example of the decline of the West. Doug, whatever it is, is fantastic, utterly cool. The response though is tragic. Science is by definition, curiosity. Yet it is not in evidence here; it ends with Doug is not a potato. I, for one, want to know more: What is it, is it edible, is it poisonous, what does it taste like, can it be grown, does it posses other beneficial properties ? Really, does this interest no one ? Are their souls so dead or jaded that some new lifeform is just shrugged off as another part of their daily drudgery ? It's not a potato. Done. Colonial Americans thought the tomato was poisonous; Spanish nuns created a business juggernaut when they added sugar to chocolate to aid people during fast days; George Washington Carver discovered a fabulous world in the peanut. Well, here's to Doug, the first, the best, and maybe the last, of his kind.Flag

Heads up guys, if you find a large deposit of apparent gravy nearby, don't taste it!

Poor Doug is an orphan, but loved nonetheless. Very cool and a lot happier than watching Putin destroy Ukraine.

B
Basho
Nevada City, Ca5h ago

I first read about this in the underground press.

Clearly not a tuber. Threeber, certainly, and quite possibly a fourber. And is it measured in metric, or in real math?

They should put it on a webcam and stream it. A 17-pound youTuber (Sorry, but the proliferation of puns required further punishment.)

This tuber, from down under Should not have had its hopes cast asunder It should have earned a Guinness award For being a unique organic abstract, in the form of gourd.

tuber or not tuber, that is the question 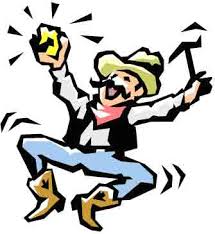 Posted by World of the Written Word at 2:24 PM
Email ThisBlogThis!Share to TwitterShare to FacebookShare to Pinterest