A SIGNPOST TO THE FUTURE? 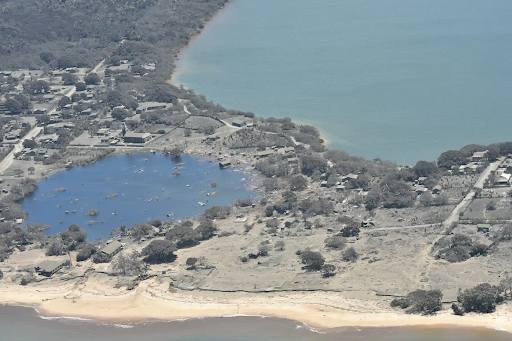 Diary of a Disaster: from the Guardian

The week that Tonga went silent.

I have visited Tonga several times, and have always been impressed and amazed by the industry of the women.  In Vava'u, a woman is recreating old forest and old arts.  Women are behind the burgeoning vanilla industry.  In the capital, Nuku'alofa, women are running a wonderful crafts initiative, with its fascinating shop.

Tonga -- like many Pacific islands -- is vulnerable to climatic events. While it is famous for whale watching, it is also prone to hurricanes and volcanic eruptions.  But the latest eruption was more devastating than most.

In the late afternoon on January 15, four explosions rocked the entire archipelago, the air stank of sulphur, and the sky rained stones.  The smell of sulphur was not new, as the volcano at the twin island of  Hunga Tonga-Hunga Ha’apai - which lies just 65km from Nuku’alofa - had been simmering for some time.  But the explosions heralded a very different situation. So powerful that the impact was recorded 2,000 km away, in New Zealand, they triggered a tsunami that hit Tonga that was estimated as 15 metres high.

Ash and stones rained from the sky, which had turned utterly black.  "Pray for Tonga," wrote a journalist.

The prayer was heard in New Zealand, where there is a large Tongan population, but no one could get in touch with family, because all internet connection was lost.  Later, it was found that the undersea cables that linked the islands with the outer world were broken.  A plane was sent, but it was impossible to land, as the runway was smothered in debris.  It turned around, but not before disturbing aerial photographs had been taken.  There were places where the devastation was major.

Those taken at Fua’amotu International Airport showed a group of people with shovels and wheelbarrows clearing the runway, to make it safe for planes to land.

Some contact was restored and Pacific social media filled with relieved tweets and posts from people who have finally been able to make contact with loved ones.

“I can finally get some good rest after hearing both my parents’ voices this evening,” tweeted Sera Lenora Lala.

“Thanks for all the messages. Can’t get through them all. Limited network,” tweeted Ana Tupou Panuve, a senior economist with the National Reserve Bank of Tonga. “Country in recovery mode. ‘Ofa atu (love you).'

And that is the spirit of the Tongan people

Posted by World of the Written Word at 11:29 AM
Email ThisBlogThis!Share to TwitterShare to FacebookShare to Pinterest