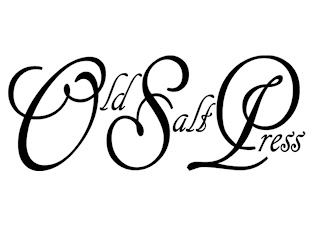 Satisfied that he has forged HMS Kestrel into a formidable weapon, Commander King is keen to take her to sea once more. But the war is not progressing well for Britain, and his hopes of remaining in Malta are shattered as Kestrel is moved closer to the action.

And so begins a story that covers two seas and one ocean, as well as a cross-country trek through enemy territory, a closer look at the French prison system and a reunion with several familiar faces.

Containing breathtaking sea battles, tense personal drama and an insight into the social etiquette of both Britain and France,Honour Bound is a story brim-filled with action and historical detail.

***And the current rage for SuperWoman will guarantee an enthusiastic audience for the third in Linda Collison's Patricia MacPherson series.

Maintaining her disguise as a young man, Patricia is finding success as Patrick MacPherson. Formerly a surgeon’s mate in His Majesty’s Navy, Patrick has lately been employed aboard the colonial merchant schooner Andromeda, smuggling foreign molasses into Rhode Island. Late October, amidst riots against the newly imposed Stamp Act, she leaves Newport bound for the West Indies on her first run as Andromeda’s master. In Havana a chance meeting with a former enemy presents unexpected opportunities while an encounter with a British frigate and an old lover threatens her liberty – and her life.

Posted by World of the Written Word at 8:23 AM
Email ThisBlogThis!Share to TwitterShare to FacebookShare to Pinterest