What Trump expects of his UK visit 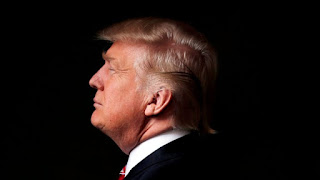 From The Times, copied in the DominionPost

One of the most tiresome experiences of parenting is the stage, at three or four, when your child doesn't want to do anything without being watched and praised.

"Look at me!" the little darling calls as he or she digs a hole in the sandpit or pauses at the top of a slide.  Dutifully you stop reading or talking in order to reassure them.  You're patient because you know the child will grow out of this need to be seen and validated.

Unless the child is Donald Trump who, it's becoming apparent, is 70 going on three.

Britain, for instance, hopes to tempt him with a state visit, but that in itself is not enough.  Trump wants a grander visit than any of his predecessors.

According to aides, the following are his demands:

2. A private tour of the Churchill War Rooms, guided (deferentially) by the foreign secretary

3. A stay at Balmoral, the Queen's private retreat

4. A game of golf on the private Balmoral course, with the Queen (deferentially) watching

As the writer comments, "It's the ultimate expression of infantile hunger to be the center of attention; requiring the world's best-known monarch to endure being bored while you show off."

It is another demonstration of the man's immense inner insecurity.


Posted by World of the Written Word at 9:48 AM
Email ThisBlogThis!Share to TwitterShare to FacebookShare to Pinterest