Sir James Hector, an internationally renowned geologist and explorer, was the first Director of the Colonial Museum and Geological Survey (Te Papa's predecessor) and held this position for almost 40 years. He could be considered the founding father of Te Papa and its partner GNS Science. 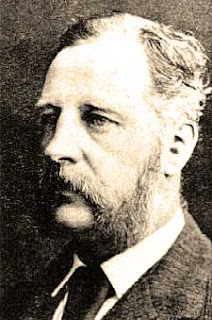 From Scotland to New Zealand

Hector was born in Scotland in 1834, and for three years, as a young man, he was part of a small exploring party in western Canada.  He almost died when kicked in the chest by a horse, but carried on despite severe pain. The pass that was penetrated while he was in this laudanum-numbed condition was named after him -- the beginning of what was to become quite a tradition. For instance, the rare Hector's dolphin was also named in his honor.

James Hector’s excursions in the Rocky Mountains fueled his passion for exploration and discovery, and in 1862, Hector accepted the position of Director of the Geological Survey in New Zealand where, under his leadership, much of the geological structure of that country was mapped. In 1876, the “Intrepid Explorer” was knighted by Queen Victoria. Sir James Hector passed away on 6 November 1907, but his legacy in the Canadian Rockies lives on.

Geologist and Hector enthusiast Simon Nathan reports that over the last year 800+ letters have been transcribed as part of a biographical study of James Hector (1834-1907). Authors include Hector himself, Julius Haast, Walter Mantell and F.W.Hutton.

These letters give such a fascinating insight into some aspects of late 19th century life in that he has compiled them into six collections that are now freely available as downloadable PDF files – see specific information and clickable links on thePHANZA website at http://tinyurl.com/ceg8nsu. One of the advantages of PDF files is that they are readily searchable.

As well as information on Hector’s scientific interests and his rivalry with Haast and Hutton, there is information on life in each of the four main centres, political gossip, comments on the ‘native problem’, and the workings of the government. There are gloriously gossipy letters from R.L. Holmes (MP 133C) and Walter Mantell (2nd part of MP133E), Hectors concerns about the 1890 industrial unrest (MP133A), and Hutton’s complaints about problems in the flax industry (MP133F).

Posted by World of the Written Word at 9:12 AM
Email ThisBlogThis!Share to TwitterShare to FacebookShare to Pinterest