Tongan castaways and the Lord of the Flies 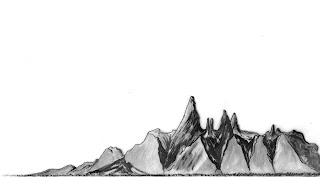 The Guardian's most-shared story today is an extract of a book about the experiences of a group of Tongan boys, who were stranded on an small, uninhabited island.  The book is Humankind, by Rutger Bregman, which relates not just the adventures of the young fellows, but the author's odyssey to find out what really happened.

There were six boys, who got tired of the meals at their boarding school in Nukualofa (the capital city of the Tongan archipelago), and borrowed a boat so they could make their escape.  But, instead of getting to some dream destination, like Fiji or New Zealand, they were overtaken by a storm, and drifted helplessly for the next eight days.  Then, at last, they spied land -- a tiny, uninhabited islet called 'Ata.  Nothing could have looked less promising.  Instead of sporting lush, tropical vegetation, the little island was barren. Even fresh water was scarce.  But they managed to survive  -- for fifteen months, before rescue by an Australian sea captain.

They had managed very well indeed. To the Australian's amazement, the boys had made a garden, built huts, hollowed tree trunks to store rain water.  They even had a small gymnasium, where they could indulge in the Tongan sport of wrestling and boxing.  As Bregman says, these brave, resourceful boys proved the famous William Golding classic, Lord of the Flies, wrong.

But did they?  Really?

Golding's novel tells the story of a group of English public school boys, after they are stranded on an island when their plane mysteriously crashes.  They start out well, by electing a leader, but their little society soon falls apart, as the evil lurking in the human heart prevails.  As Bregman relates, 'By the time a British naval officer comes ashore, the island is a smouldering wasteland. Three of the children are dead. “I should have thought,” the officer says, “that a pack of British boys would have been able to put up a better show than that.” At this, Ralph bursts into tears. “Ralph wept for the end of innocence,” we read, and for “the darkness of man’s heart”.'

Even the title carries the message that man carries a darkness in his heart:  "the Lord of the Flies" is Beelzebub, a manifestation of the devil.

Bregman's aim, in researching and writing the story of the Tongan boys, is to illustrate a much more hopeful vision of the human spirit.  In a nutshell, to prove Golding wrong.  But in this, he is doing the Tongan boys -- and, indeed, all Polynesians -- an injustice.

Polynesians have a long and fascinating history of turning uninhabited, rocky and uninviting islands into the tropical paradises we know today.  When their remote forebears sailed eastward from New Guinea they demonstrated not just great courage and spirit, but remarkable resourcefulness, as well.

Tahiti, for instance.  Tahiti, when the first Polynesian explorers arrived, had only two edible plants -- coconut palms, which had floated to the island and taken root on the beaches, and a herb that was a kind of borage.  There were birds, which were remarkably tame, having not been predated by humans before, but that supply was limited.  But, of course, there was the sea, the great pantry of Polynesia.

The Polynesian explorers did not stay there.  Instead, displaying their immense grasp of navigation, they returned to their home islands with the news.  And more canoes set out, this time loaded with the makings of a better-fed existence, determined that with hard work, cooperation, and obedience to good leadership, they could turn the distant target into something much more like home.

It was part of a long history of colonizing the tropical Pacific. Everywhere they went, the Polynesians carried their landscape with them -- chickens from Asia, taro and breadfruit and banana sprouts, edible rats and dogs, and domesticated pigs.  And not just food -- there was kava, for ceremonies and recreation, and saplings of trees that would eventually provide timber for building canoes.  And paper mulberry, to make tapa cloth for clothes, with pandanus for thatching houses, and weaving sails.

So the six Tongan boys had both cultural background and personal experience to bolster them in the challenge.  It is no wonder they did so well.  And no wonder, either, that Golding's fictional castaways did so badly.  They did not have the same resources.

One was the Invercauld.  Nineteen men struggled on shore, to meet what turned out to be, for them, an impossible challenge.  Leadership was shockingly poor, and only one lowly seaman had any idea of living off the land, because of years he had spent on the Australian goldfields.  The group rapidly descended into a Lord of the Flies situation, despite finding a hut from an abandoned settlement, for a readymade shelter.  There was at least one documented case of cannibalism, and several probable murders.  By the time a passing ship came to the rescue, only three had survived -- including, of course, the seaman who had learned to manage on the goldfields.

The other wreck was the Grafton.  All five men of the crew came through the ordeal, at least partly because of the fine leadership of their captain.  One of their number, an engineer, put the skills he had learned in his own stint on the Australian goldfields to good use.  Under his guidance, they built a sturdy hut, complete with hearth and chimney, then over the months added tanning pits, latrines, a forge, and a garden.  They even adopted two birds, as pets.  A critical factor was their sense of brotherhood.  They read the Bible, taught each other their specialist skills, and had a hunting, cooking, and cleaning roster.  Eventually, they built a getaway boat, and three of them sailed to New Zealand, where the captain set out again, to rescue the other two.

Like the Tongan boys, they coped, and they survived -- because of mutual cooperation, a sense of brotherhood, and outstanding leadership, as well as a background of resourcefulness.

Posted by World of the Written Word at 10:37 AM
Email ThisBlogThis!Share to TwitterShare to FacebookShare to Pinterest